California receives 90% of its precipitation between the months of October and April. The wettest months of the year are usually January, February, and March. The Golden State likes to veer from the norm in many ways and this winter’s weather was no different.

Most of this winter’s precipitation was received in the early months. As of late November the snowpack levels were at 100% of average for that time of year. December was extremely wet with an average of 11 inches of water stored in snow added in that single month! As reported here on the AO Blog, we were in great shape coming into the New Year – half of the seasonal average total was in the bank even before the historically wettest months of the year occurred!

And then it happened… 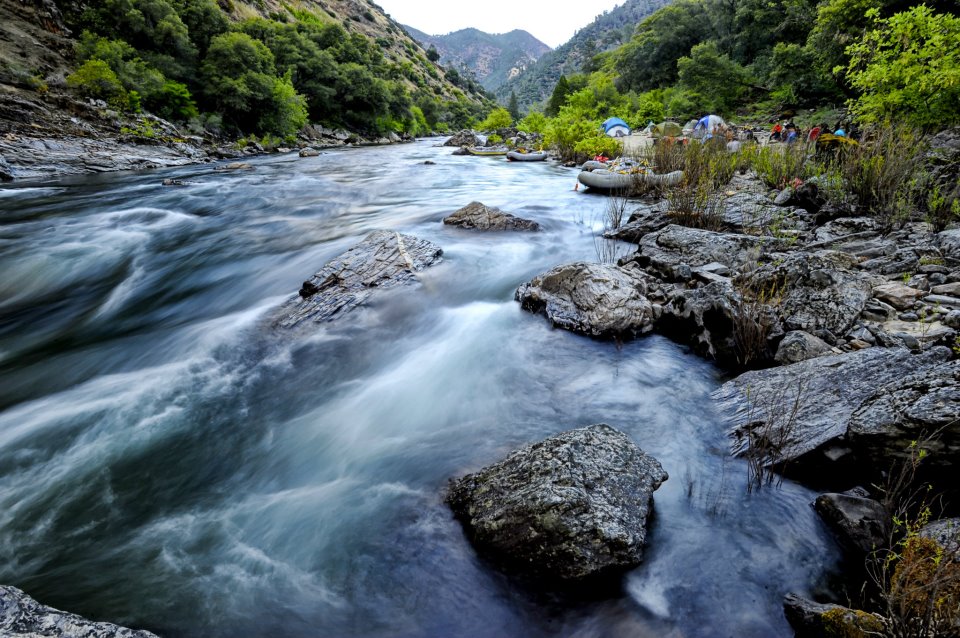 the driest January and February ever recorded in California. Fortunately, the cool temperatures of those dry months preserved the snowpack that accumulated throughout the Sierra Nevada early on and nothing melted until just recently. We were hoping for late storms and more cool weather in March, a repeat of what we saw last year, but Mother Nature did not deliver this time. Above average temperatures and clear, sunny skies caused snowmelt to begin a few weeks ago, and as of early April we lost a few inches of water stored in snow.

So is the 2013 rafting season going down the drain, you ask?? NOT AT ALL! We expect good, but short rafting seasons on most of our free-flowing rivers; and excellent, long seasons on dam-controlled rivers with reservoirs above the whitewater runs, which will have guaranteed flows throughout the summer and into the fall.

Spring Run Rivers
As a result of early melt of some snow in late March and early April, spring free-flowing rivers will have earlier and shorter seasons than normal. Instead of running until the end of June or early July, these non-dam controlled rivers will flow well (but not high) through April and into May and June depending on the river.

Dam-controlled Rivers
Dam-controlled rivers are quite a different story. The season for these rivers will be long, thanks to consistent water releases from upstream reservoirs that are near capacity. Early winter storms helped fill these reservoirs and we’ll benefit from it all season long. See the predicted season for each individual river.

It is fair to say that 2013 is going to be a good year for California rafting but not an outstanding one. If April and May bring cooler and wetter weather than normal, future river flows and the rafting season will improve. If the coming weeks continue to be warm and dry, rivers and flows will remain about the same as we predict.

See our River Flows page for the latest updates and details on all of our runs. Of course you can always call our office and talk to one of us about specifics for each river.

We look forward to seeing you on a California river trip this season!