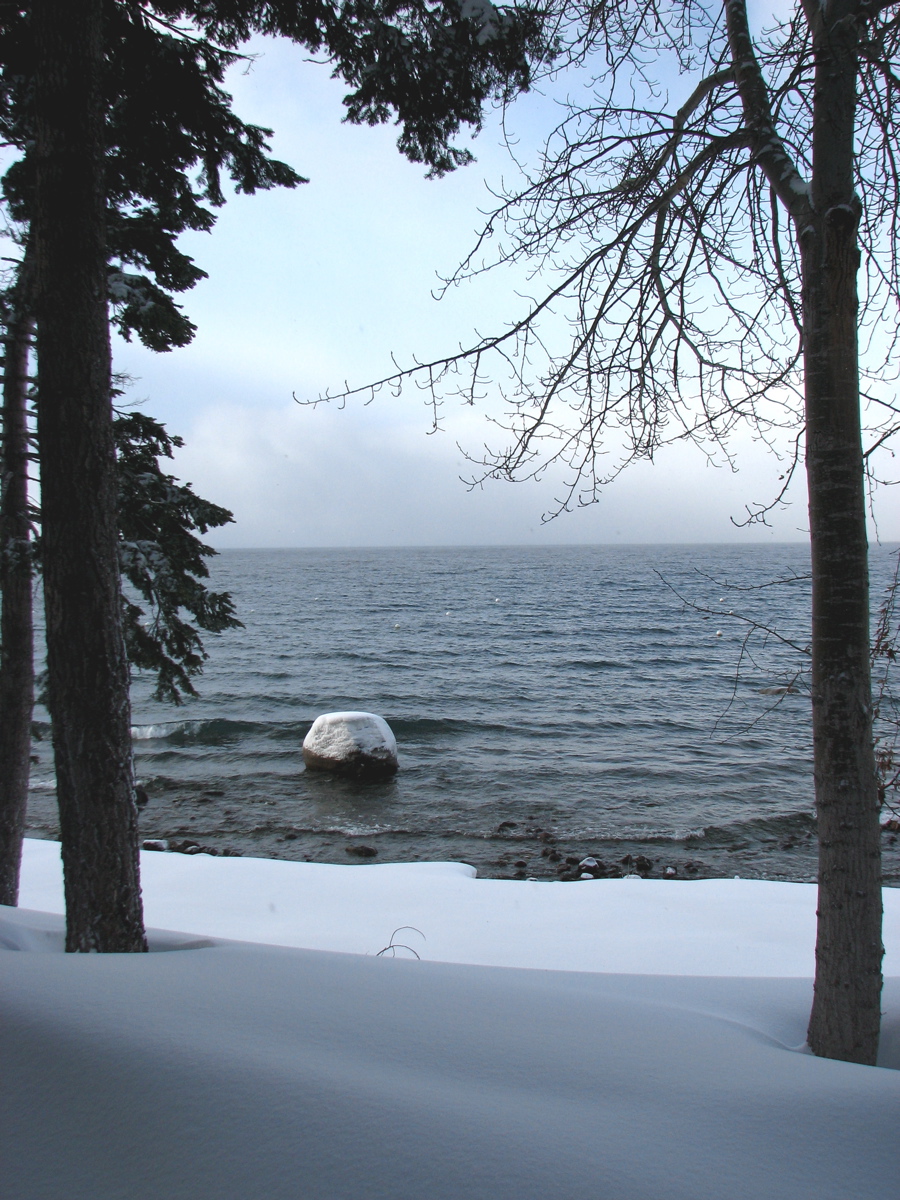 I went to North Lake Tahoe this weekend to do some snow shoeing and ice skating while my more sophisticated roommates went skiing. It started snowing pretty heavily in the late afternoon yesterday, and I was probably one of the only ones out there on the ice rink getting really excited that the Zamboni (big machine that makes the ice smooth) had to clear about an inch of new snow off the rink about every half hour. The storm kept increasing in intensity as the day wore on, so that when we were driving back from dinner at around 9 pm, we had to stop several times because of a flurry of snow so thick we couldn’t see the road. Again, we were all cheering the storm on. But unlike our skier friends who were just really excited about the next few days of powder, we were all saying “More water in May and June… hooray!!”My level of excitement about this latest storm reached its peak Sunday morning at 8 am, when I looked out the window of our cabin and was greeted by two whole feet of brand new snow! Just like that, overnight, the Sierra snowpack got a HUGE boost.

As Malina noted in the previous snowpack update,  California’s “percent of average” snow water content went up significantly.  This is especially true in the Central Sierras, home to most of our summer rafting runs, where the water content went up from 98% to 120%! (The snow water content is the more important number for rafting, rather than just the depth of snow.) These pictures in this entry are a few I took from our deck Sunday morning… it is so beautiful in Tahoe after a fresh snow. We’ll keep you posted as soon as we get a better idea of our spring runoff outlook. In the mean time, here’s to more storms in California!