2006- Another High Water Year In California! 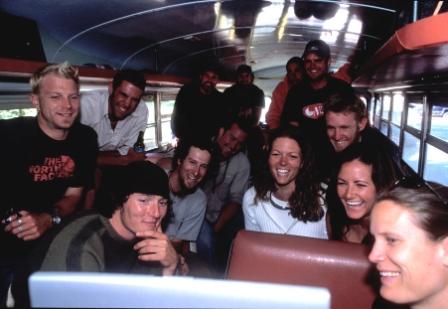 The numbers we’ve all been waiting for are finally here! All Outdoors owner, Gregg Armstrong, made his annual call yesterday to friends at the Department of Water Resources, and after an hour-long conversation (throughout which I was shamelessly hovering and eavesdropping) announced that he had the flow predictions numbers for our upcoming season… and after a dramatic pause added, “They’re really good!”Â

He definitely wasn’t lying. The overall water content for California is currently at 155% of the state’s historical (last 50 years) average, compared to last year’s content being 135% of that historical average.

[For an explanation of how these numbers are calculated, read this earlier post: Determining Flow Predictions for Spring and Summer 2006.]

Even more significant, that number is still rising! Usually in April, the weather begins to warm up and snow begins to melt. Right now, in mid April, weather is still cold and it’s still snowing in the mountains. This is extremely influential because not only does the water content increase, but the snow that’s already there is staying there instead of melting. By May 1st last year, enough of the snow had melted to bring down the state’s water content to 120% of the long-term April 1st average. This year, snowpack is still increasing, and nothing has really begun to melt.

So what does all of that mean?? It means that on most of California’s rivers, the high water season will be both bigger and longer than last year. Also, all of California’s free-flowing rivers, meaning those that do not have reservoirs above them and are thus too low to run once all the snow has melted, will still have runnable flows well into July and maybe even the first part of August. This includes the Kaweah River, the North Fork of the American, the Merced, and the Cal Salmon. 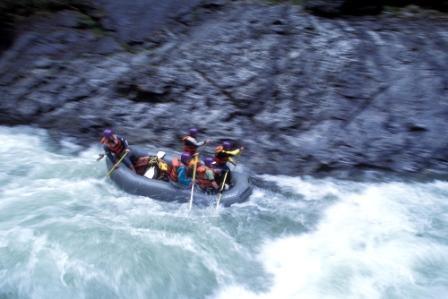 In short… you couldn’t ask for a better season to do a lot of rafting in California! The river drainages with the highest water content percentages are the three forks of the American River at 181%, the Cal Salmon with 200%, and the Kaweah with 177%.

If you haven’t done too much high water rafting and want to know what to expect on a high water trip, check out this other article: What Does “High Water” Really Mean?