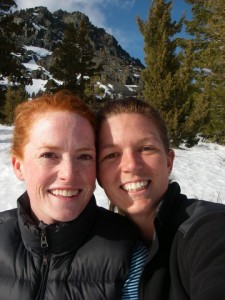 It’s a little early in the season to have a very good grasp on the snowpack in the Sierra, or do much predicting about what kind of rafting season we’ll have in 2009, but lots of people are curious and starting to ask.  I decided to call up our resident Flow expert, the Duke of Dam-Control, the Sultan of Snowpack, the His Highness of Highwater, and see if there’s anything to report.

It turns out that California water authorities have released a little bit of information about where we’re at so far.  As of this week, we’re about 9% below average for this time of year.  We also know that a high pressure system just moved over California which typically keeps big storms at bay for a couple weeks.  This means we don’t anticipate big storms until February.  This might sound discouraging at first but it’s actually not.  The key thing to keep in mind is that we can’t jump to conclusions this early in the winter–we actually have several months left to build up snowpack and get ready to raft.  It’s like we’re at the very beginning of the big game and there are just too many quarters left to play–we just have to sit back in our seats, eat another hotdog, and keep watching.

(Above: AO guides Brooke and Robyn don’t seem worried about the snow in Tahoe…in fact they seem rather pleased!)