Local kayakers, filmmakers, and activists, Scott Ligare, Katie Scott, and Charlie Center recently won the People’s Choice Award at the Wild and Scenic Environmental Film Festival in Nevada City, CA. Their film, The Last Descent, aims to “raise public awareness that some of the world’s most beautiful, culturally rich and ecologically significant rivers are threatened by large scale hydropower projects.” The Last Descent delves into the villages and cultures that exist in each river canyon and interviews those people who are being most affected by the dam construction. While the whitewater in The Last Descent is plenty impressive, this is not just another kayak film. The story these boaters tell is both devastating and inspiring and will make you want to get out and protect the rivers you love most. 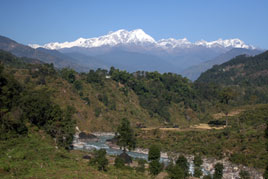