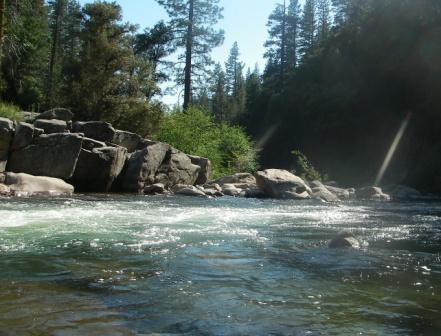 We all thought we had seen the last of the Stanislaus River for this year, but lately it’s had a few surprises in store for us…

We had left the North Stan for “dead” this year– dried out, done, finito. We were sure, a few weekends ago, that we had seen the last of run-able flows on that river, and that this year’s incredibly huge snowpack had finally exhausted itself. But then, being the nerdy river addicts we are, we did what we do at least once every few weeks: went online and just for the heck of it looked up the flows for all of California’s rivers… you know, just in case…and much to our surprise the North Stan was still sputtering 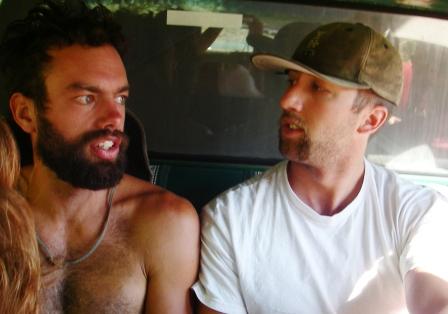 along, every once in a while even coming back up to “average” flows. So we thought to ourselves, “Why in the world are we sitting here saying ‘huh, …very interesting’ instead of taking advantage of the situation and getting our butts back out on that river?” At that point, Gregg Armstrong, always the pro-active kind of guy, decided to give the river’s upstream dam managers a call and ask what was up with the flows. Well I’m sure by now can venture a pretty good guess as to how that conversation worked out- 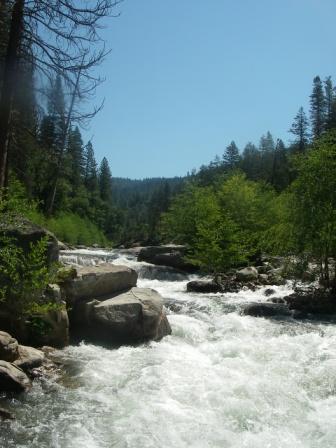 the North Stan is still running! We’ve got guaranteed run-able releases for at least the next ten days, and have already done a few trips out there in the last week. I can’t believe it- the North Stan back from the dead in AUGUST!! I know that ten days does not sound like much, but considering the timing (late summer), it’s just downright excessive. (In a really good way.) The flows are pretty low right now too, which means a totally different river from the one you may have seen in Spring– technical rafting at its best!

But that’s not all… the North Fork of the Stanislaus isn’t the only section of that river that has made a come-back. The more amazing, true resurrection has occured further west and down below Tulloch Reservoir, in a small, little-known crack in the earth called Goodwin Canyon. 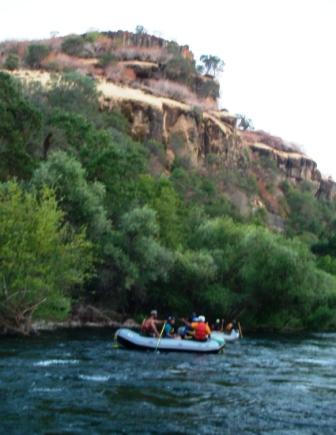 There, the lower stretch of the Stan runs through a surprisingly lush, beautiful canyon. But not every year. The last time there was enough water in upstream reservoirs to call for the release of any significant flows was over five years ago! Noticing the North Stan’s late season flows, we thought that perhaps Goodwin Canyon would re-surface this year. So again, Gregg Armstrong the pro-active character as always, made another phone call to find out what kind of water flows we might expect in that unique canyon over the next couple months. And yup- you guessed it- Goodwin Canyon is back this year. 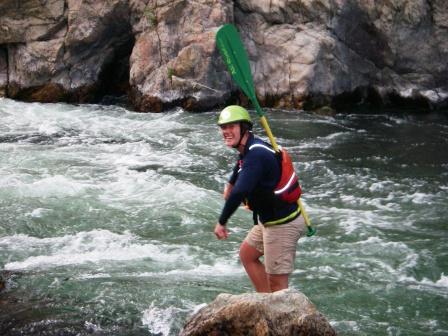 to have seen it, we did a training run out there last Thursday after a North Stan trip, and then the first commercial trip ran today. I was along for the trainer, and was impressed by the intimate feel of the canyon… a total surprise amidst the sprawling, golden hillsides amongst which it hides. We rafted through tall walls ofconglamorate rock, green mosses and trickling streams, down powerful Class IV rapids, and through really fun wave 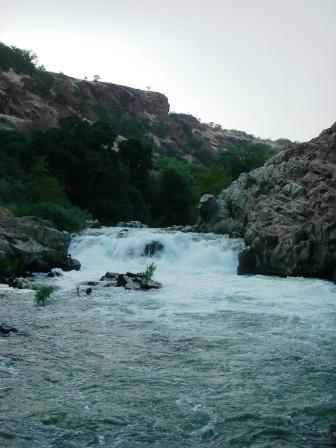 trains in between. Travis told me that guests loved the trip out there today, so I can’t wait to see it some more in the next few months! And this one actually has a much longer time frame- it should run all the way through September.

Way to go to the North Stanislaus for being the river that won’t quit this year!