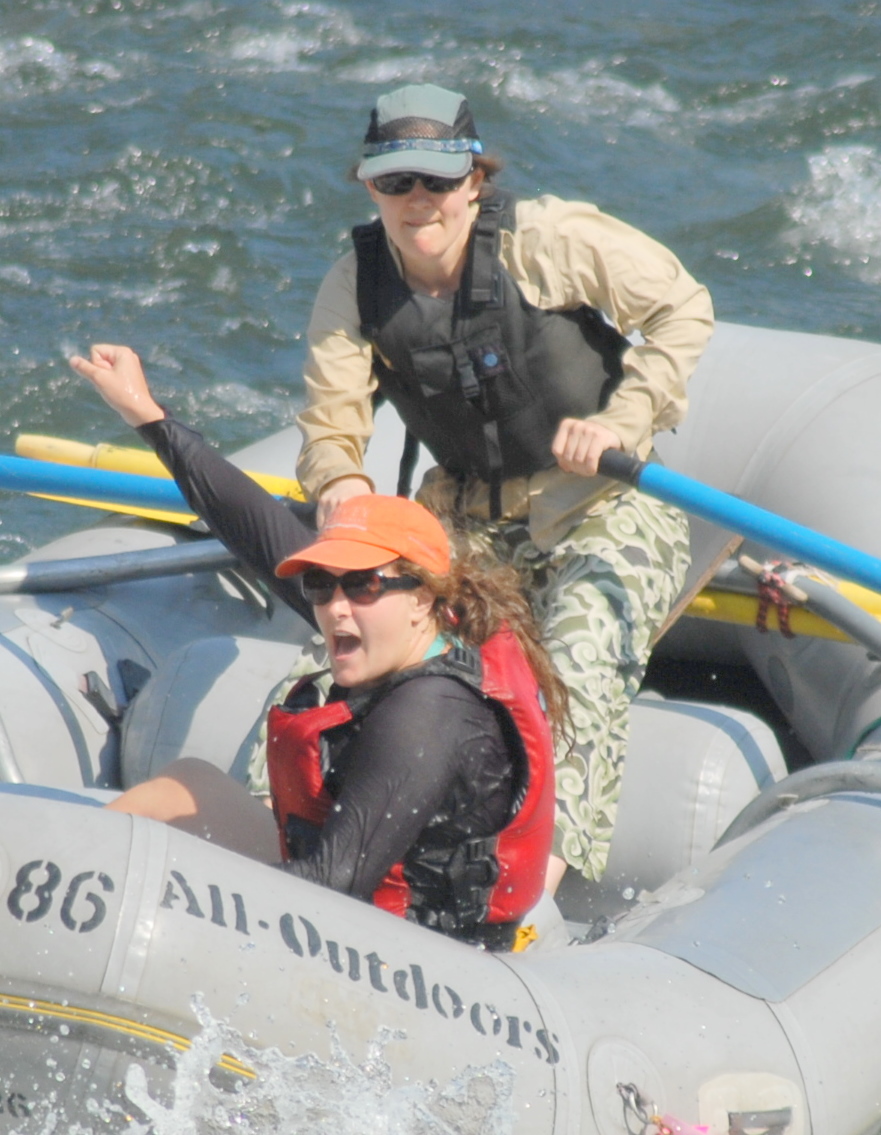 It’s a small miracle that I can sit here and type today.  I had thought that after the gauntlet was thrown down, the challenge risen to, the doubters forever silenced, I would be forced to creep off into a dark corner somewhere, down a bottle of Advil, and eat bon bons for a week and half–that is if I could even lift hand to mouth.  My arms are soooooooooooore!  But I am still standing.

You see, last summer I carelessly mentioned that I, office bound, pasty white, non-athlete that I am, used to actually raft the South Fork of the American in a boat that I rowed myself.  Joe, our SF manager, looked at me in disbelief, and basically said he didn’t buy it for one second.  Indignant, I flexed my puny and soft white arms, stomped my pedicured feet, and loudly proclaimed that I would show him.  Weeks went by, and then months.  Summer turned into fall, and it became too cold to raft.  Wetsuits and drysuits were offered but still I demurred.  In time, Joe came straight out and said “Malina, I am calling you out.  You never rowed the South Fork–you are a teller of tall tales and I am calling your bluff.”

This could not stand.  I was stuck.  I had to actually prove my former glory, prove my prowress and row me 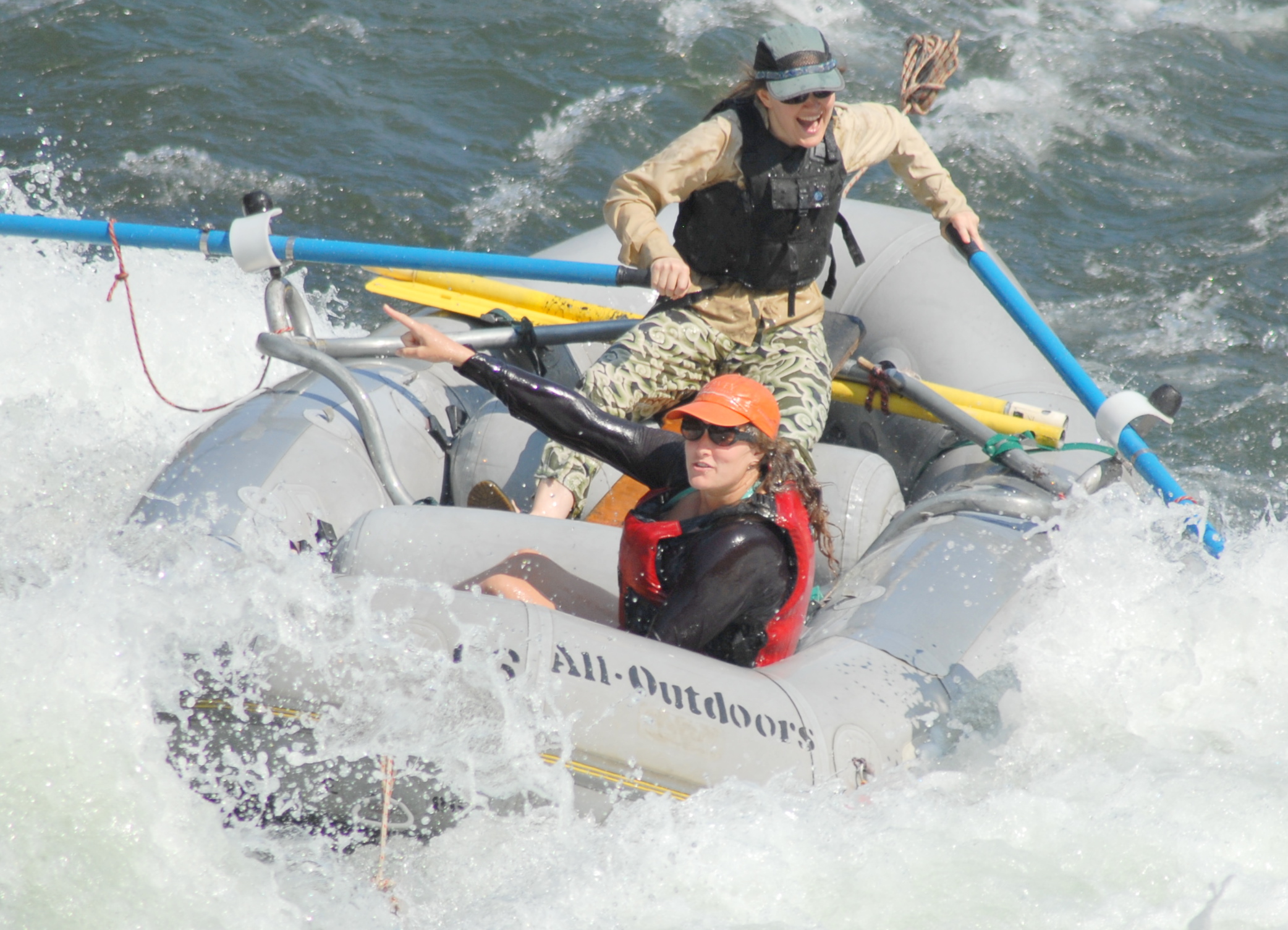 So, with my trusty sidekick Amy, that’s exactly what I did.  I’m not sure my skills were what anyone would call impressive–hey!  I’m rusty!  and out of shape!–and I may have nearly decapitated a kayaker (um, dude, yellow-kayak, black helmet, nose-clips dude–I’m sooooo sorry!  Lame oar etiquette!  My bad bro!), but here’s the proof:  I’m not just an indoor cat …….