Penny Raftin’ with Scott A 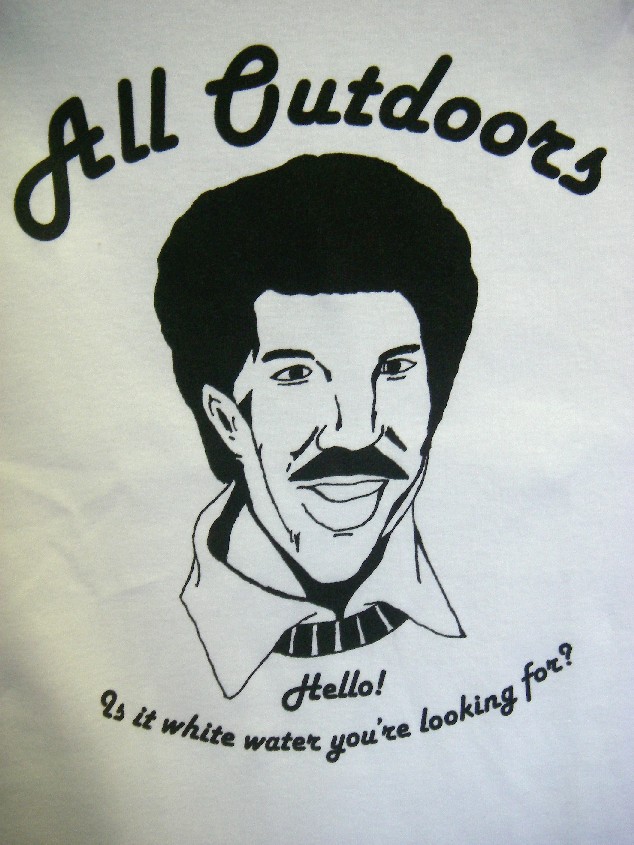 Iâ€™m kind of paranoid about this post because of those pesky copyright and libel laws but here I go anyway. So last year we started this tradition of creating unique and fah-bulous guide shirts. Weâ€™ve carried AO logo wear for a long time of course, but at a certain point it became clear that it was time to subvert our hard-won professional image by designing and distributing cool shirts for our cool staff. Danny, our Kaweah manager (not to be confused with â€œBus Driver Dannyâ€â€”another story for another day), was just the man for the job. Mostly â€˜cuz heâ€™s creative andâ€”most importantâ€”my boyfriend, so I can effectively harass him until the job gets done. So Danny thought and thought and designed and re-designed and came up with the now-classic and coveted â€œGettinâ€™ the Led Outâ€ shirt. This year the bar was high. What to do? How to out-do the Led shirt in fabulousness? Well, just like you would have done, Danny turned to Lionel Richie. Who wouldnâ€™t? I mean the man has, like, more number one hits than anyone else in the history of love songs! Seriouslyâ€”donâ€™t you watch VH-1? In the spirit of that tradition, the Lionel shirt was born. Now the thing is, when I saw the shirt I laughed by booty off! I may have even spit up my dinner! What I didnâ€™t realize was that by bringing this shirt into the world I was also totally dating myself! All the younginsâ€™ around here (i.e. younger than 30) donâ€™t think the guy on the shirt is Lionel (they say â€œwho?â€ and then you start singing â€œBallerina Girlâ€ and they 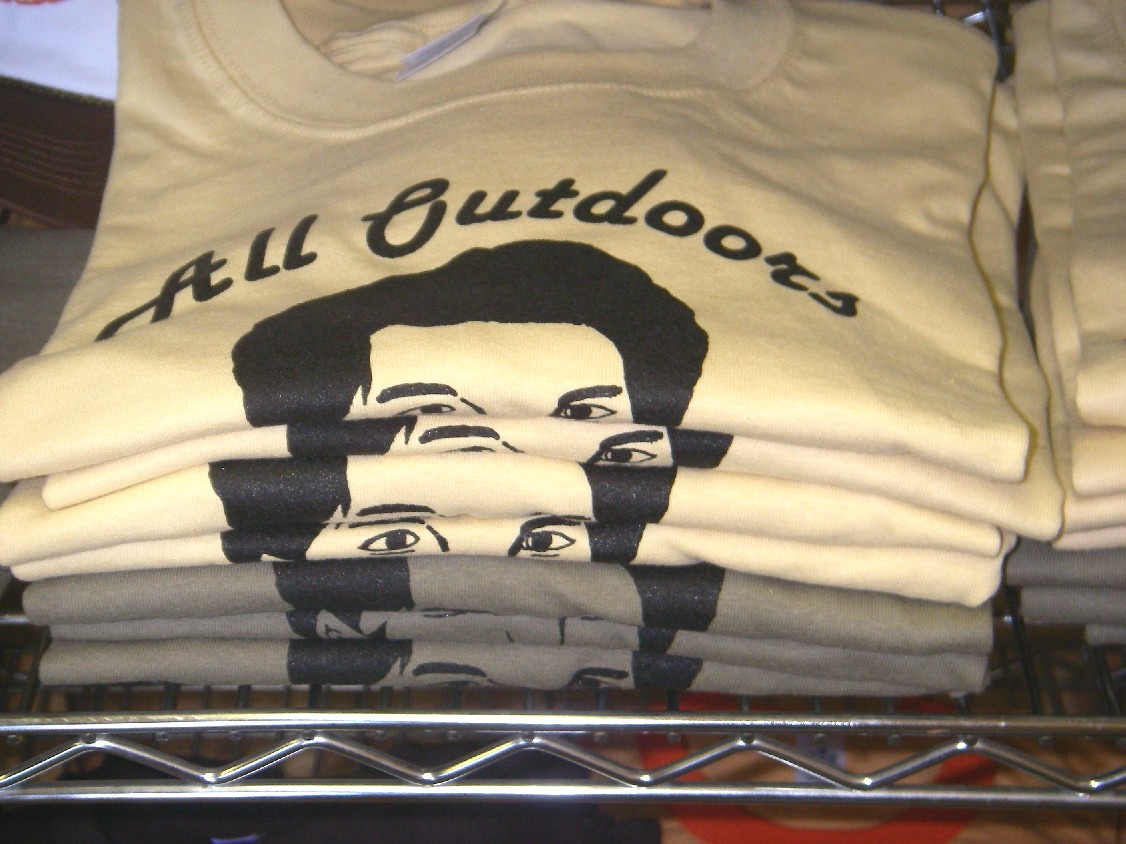 still look confused, and then in desperation you say â€œyou know, Nicoleâ€™s dad? The skinny girl who is in a fight with Paris? and then finally they get it. Sheesh! Way to make me feel old!)â€¦â€¦anyway the youngins think itâ€™s Scott A. To be fair, he does need a haircut. But to clear the record, even though itâ€™s true that he does needs a haircut, Scott A has not been memorialized on the new guide shirt. So join me, wonâ€™t you, and sing along â€œHello!? Is it whitewater youâ€™re lookinâ€™ for . . .â€