This Week’s Photos: Fun on the North Stanislaus 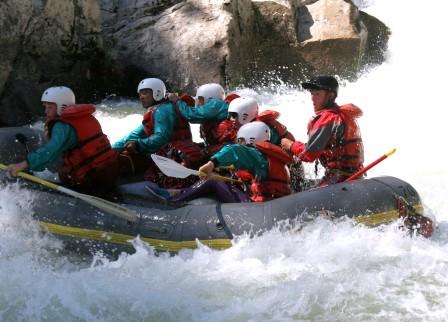 We may have seen peak flows on the North Stanislaus this last weekend. It was incredibly fun, but definitely a more challenging, and at times crazy, day. (I think that the river had just as much fun with us as we had with it!) That said, I’ll let these pictures do the rest of the talking.

Not So Lucky In Beginner’s Luck:

Only one boat ran Beginner’s Luck on Saturday. Adam took the oar frame out in front, got stopped in a usually insignificant wave (at higher flows becomming a lot stickier) that sent him to the right side of the bottom hole- exactly the spot you’re trying to avoid. The hole flipped their boat within seconds. Pretty incredible to watch. After seeing how the rapid treated Freeman’s boat at that high flow, the rest of us up top decided that the best decision would be to portage. Here’s a look Adam’s run: 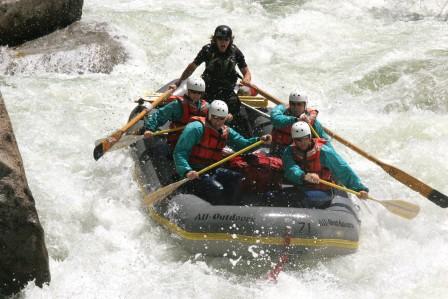 “So, we want to be as far river LEFT as you can possibly be for this bottom drop guys”… 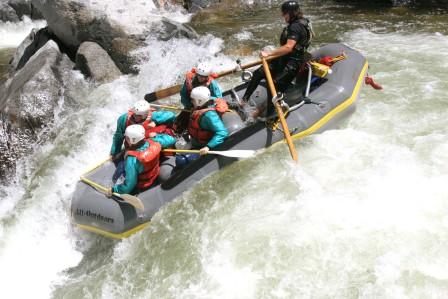 Didn’t we say no diving from the raft? 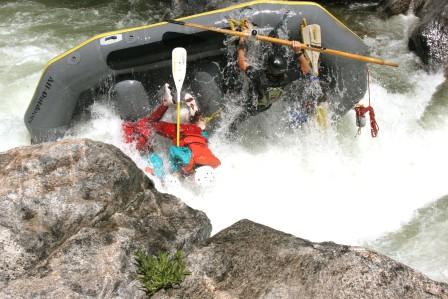 The next trip watching from shore: (Ryan probably saying something to the effect of, “So, that’s NOT exactly what we want to do.”) 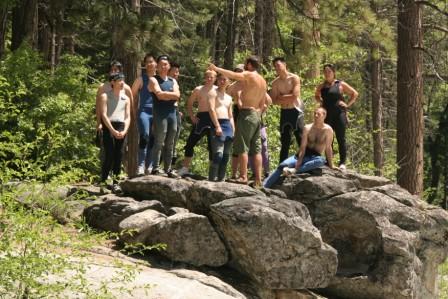 Champion swimmers all making it into the first eddy on that left-hand side: 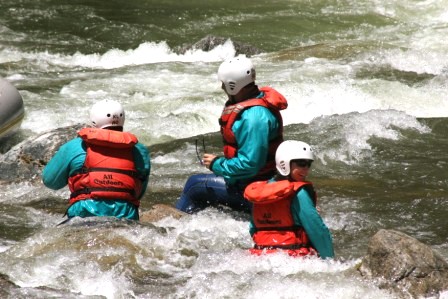 Oh, except for that one guy that Dupe had to pick up on the other side of the river: 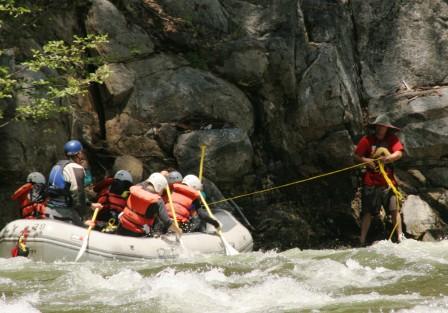 Drew dropping in to that second hole: 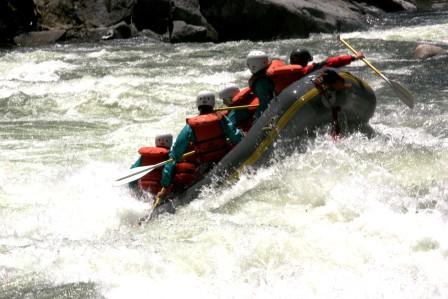 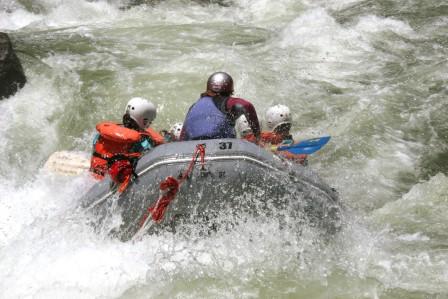 This rapid is usually just a really big splash to end the day with. With the water level so high, though, it turned into a much stronger, corkscrew wave that became a lot harder to punch through. The swim here is so fun, though, that a lot of people said it was the best part of their day!

There They Go Diving Out of Those Boats Again! 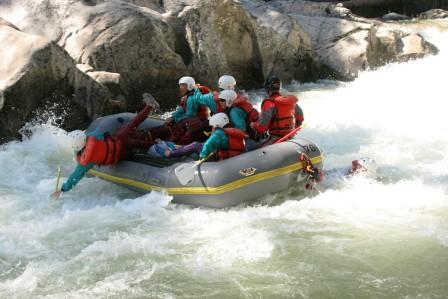 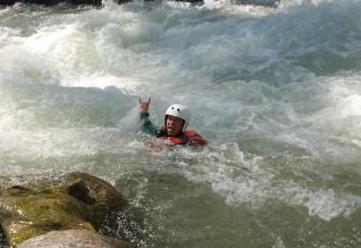 Matt Heading Into The Drop: 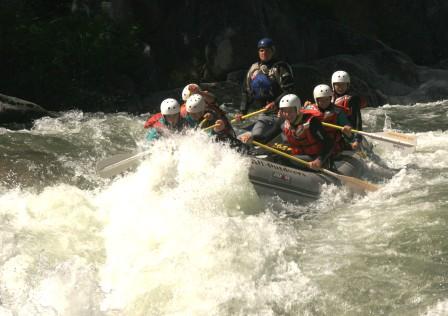 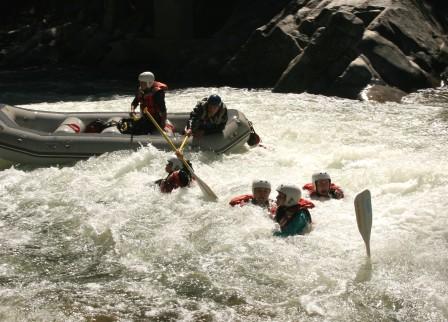 Our Boat Setting Up: 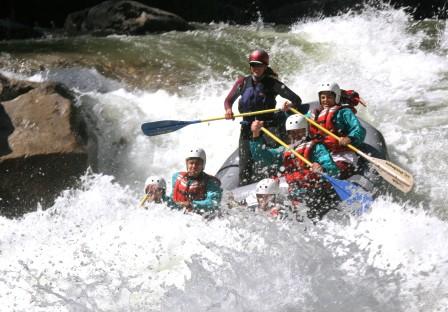 Happy To Make It Through: 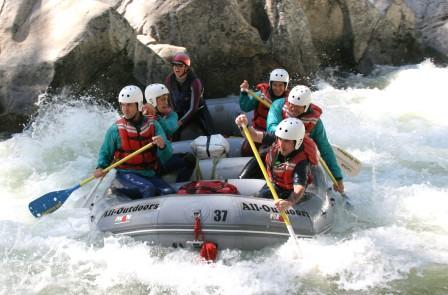