The quickest summary of California’s current water situation is this: a small snowpack in the mountains from a dry winter, accompanied, surprisingly, by full reservoirs that still have lots of water in them from the last two years of heavy precipitation. The reservoirs, then, turn out to be our saviours this year, ensuring that California still has some great whitewater runs to offer for the summer of 2007! In fact, the early lower water we are experiencing allows these reservoir-fed rivers to have an even longer, more consistent season than usual.

So where are all these great rivers, you ask? All over the state! There are five varying runs to choose from, from Class III to Class V. So, from beginner run to the most challenging… 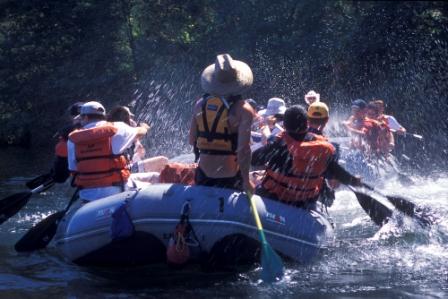 California’s most popular beginner run, the South Fork will be delivering consistent flows six days of the week from right now all the way through September. A Sierran classic, the South Fork runs through rolling oak-studded hills, past historical Coloma where gold was discovered in California, through “the Gorge” with famous rapids like Satan’s Cesspool, and finally into Folsom Reservoir.

An old favorite… the trusty Middle Fork American is already releasing good flows on Saturdays in May, and will start having great flows throughout the week in June that will last through September. Another Sierran classic and the more challenging counterpart to the South Fork, the river travels through an incredibly deep canyon surrounded by Tahoe National Forest. The rapids are exciting but also accessible for adventurous beginners, and the river calms down long enough in between to allow appreciation of its numerous ancient Gold mining remnants and its stunning natural beauty.

This river is especially unique for a few different reasons. It begins it’s long journey in Oregon, and ends many miles and hundreds of feet below in California. The river tumbles over smooth black volcanic rock through the wilderness of the Cascade mountain range, the hardened lava creating nearly continuous rapids for 8 straight miles. The season on this river is unique as well, with flows actually becomming larger and more consistent as the summer goes along. 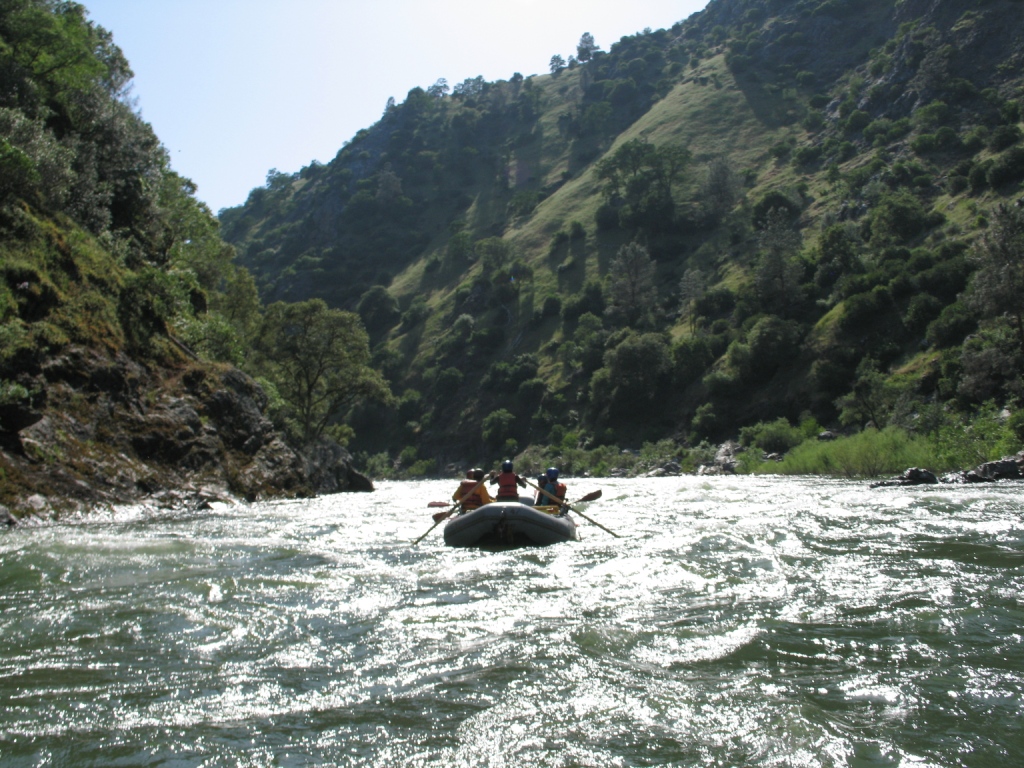 The Wild and Scenic Tuolumne River is California’s premiere Class IV wilderness rafting experience. Just a few miles west of Yosemite, this stretch of river winds through canyons of impressive grandeur, offering exhilerating Class IV+ rapids interspersed with peaceful calms perfect for relaxing and soaking in the canyon. The side hikes on this river are second to none, with tributaries like the Clavey River, Big Creek and the North Fork of the Tuolumne all providing great places for exlporation, sliding down natural waterslides, and swimming in emerald pools. A few trips have already gone this season, and with the second permit All-Outdoors just bought, we’ll have consistent flows and trips through August. 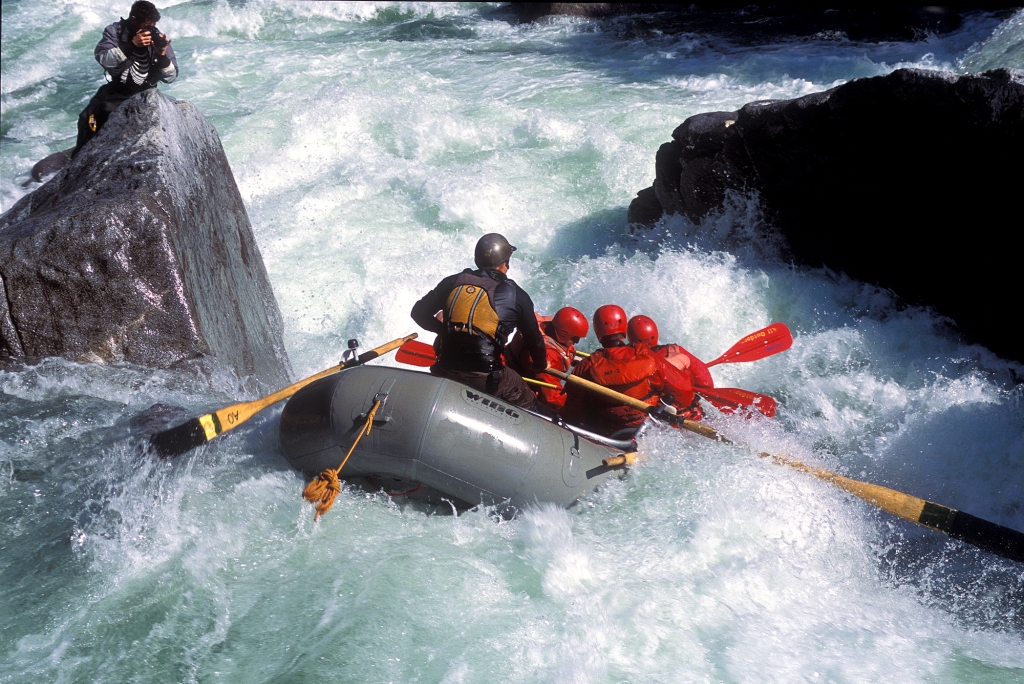 Cherry Creek is usually described using the following words: Extreme, Challenging, Adrenaline-filled, Heart-Pounding, Beautiful, Impressive, and Unmatched. And it is all of those things. But I won’t leave you with just that… I’ll tell you why: The first few miles of Cherry Creek start out with Class IV rapids that would be the crux of the day on any other river, but that don’t even warrant a name on the Creek. Because, of course, they pale to what’s waiting downstream. Downstream are rapids like Toadstool, which involves a necessary bounce move off a huge boulder into a swirling eddy where you get just a few seconds of repreive before dropping into a chute just barely wide enough for the boat and about an 8 feet vertical drop into more crashing whitewater below. Phew! But then you’re not done… Below rapids like Toadstool and Mushroom awaits the “Miracle Mile”, where the river decides to go from a steady run to an all-out sprint, dropping 200 feet in just one mile. If, in between all that paddling you’re doing, you ever do have the time to remind yourself to look around, you will see the following: huge granite boulder gardens, steep forested canyon walls, waterfalls, and mirrored looks of happiness and disbelief on the faces of your companions.

In any normal season, we would have to wait for Cherry Creek until the snow stops putting too much water in between its narrow banks for it to be run-able. But not this year! This year, Cherry Creek is running NOW, and will have one of its longest seasons ever as it runs right on through August. If you couldn’t guess by my incredibly succinct description above… I’m so excited!!

MORAL OF THE STORY:
There is still plenty of whitewater to go around in 2007, especially if you know where to look! The key is to stick to those rivers that will be supplied water by upstream reservoirs, and you’ll find a whole range of options from Class III to Class V.