Posted March 30, 2022 by Gregg Armstrong, Co-Founder
Sixty years is a long time, and 1962 was a long time ago. That year…
…President Kennedy asked Congress for $531 million to put a man on the moon….the Cold War got colder due to the Cuban Missile Crisis.

…the Beatles and the Beach Boys became a thing.

At that same time something significant also took place – not on the world stage, but in a deep remote limestone canyon in the foothills of California’s Sierra Nevada mountains. George Armstrong put his $53 department store raft into the Main Stanislaus River and shoved off from shore leaving his footprints in the sand and his mark on what would eventually be called “whitewater rafting”. He became an early pioneer of California rafting. His life, the life of his family, and the life of hundreds of thousands of people would never be the same as a result of George’s first rafting trip. 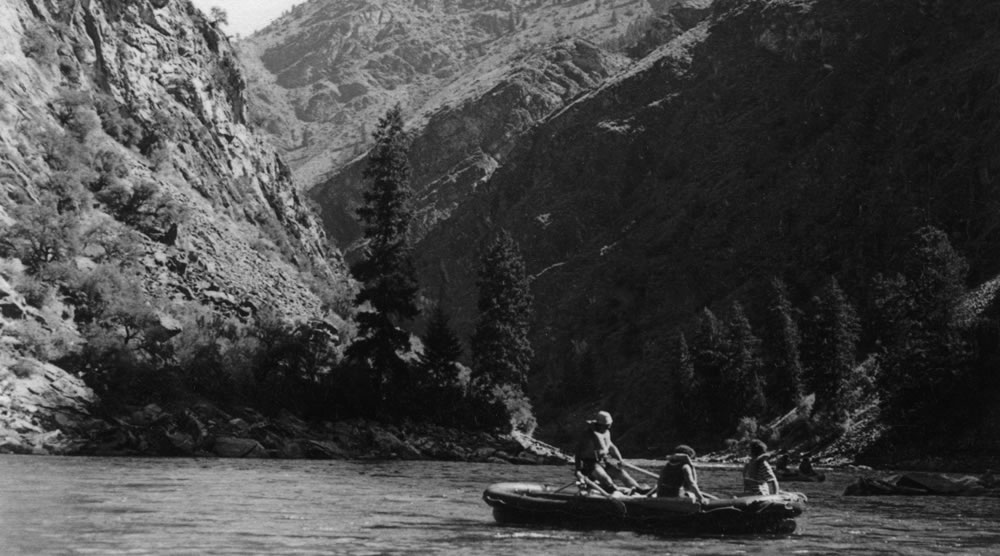 Early family trip on the Main Salmon River in Idaho, 1969.

Those early family and friend rafting trips soon turned into trips for the general public and the rest is history. During the past sixty years All-Outdoors has become the leading outfitter in California. It has been an amazing growing process full of adventure, exploration, and expansion. It has also been about tens of thousands of wonderful relationships created by people rafting together down beautiful rivers flowing through remarkable canyons. 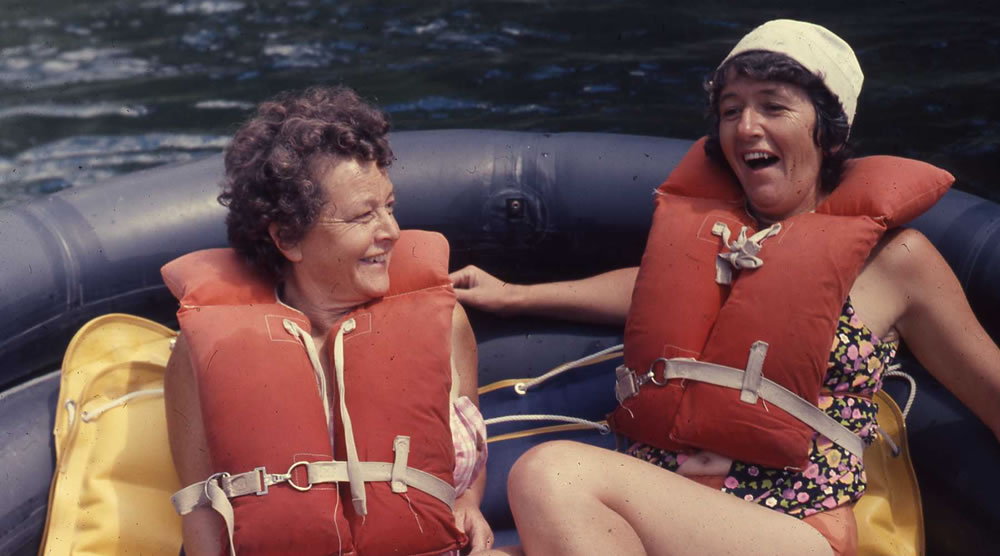 George’s wife Dolores and her sister Norma enjoying time on the river.

Turning 60 years old is something worth celebrating, especially when so many lives have been touched over the decades. We appreciate all our guests and employees who have made this process and milestone possible. You are all part of the All-Outdoors team and family, so thank you and…