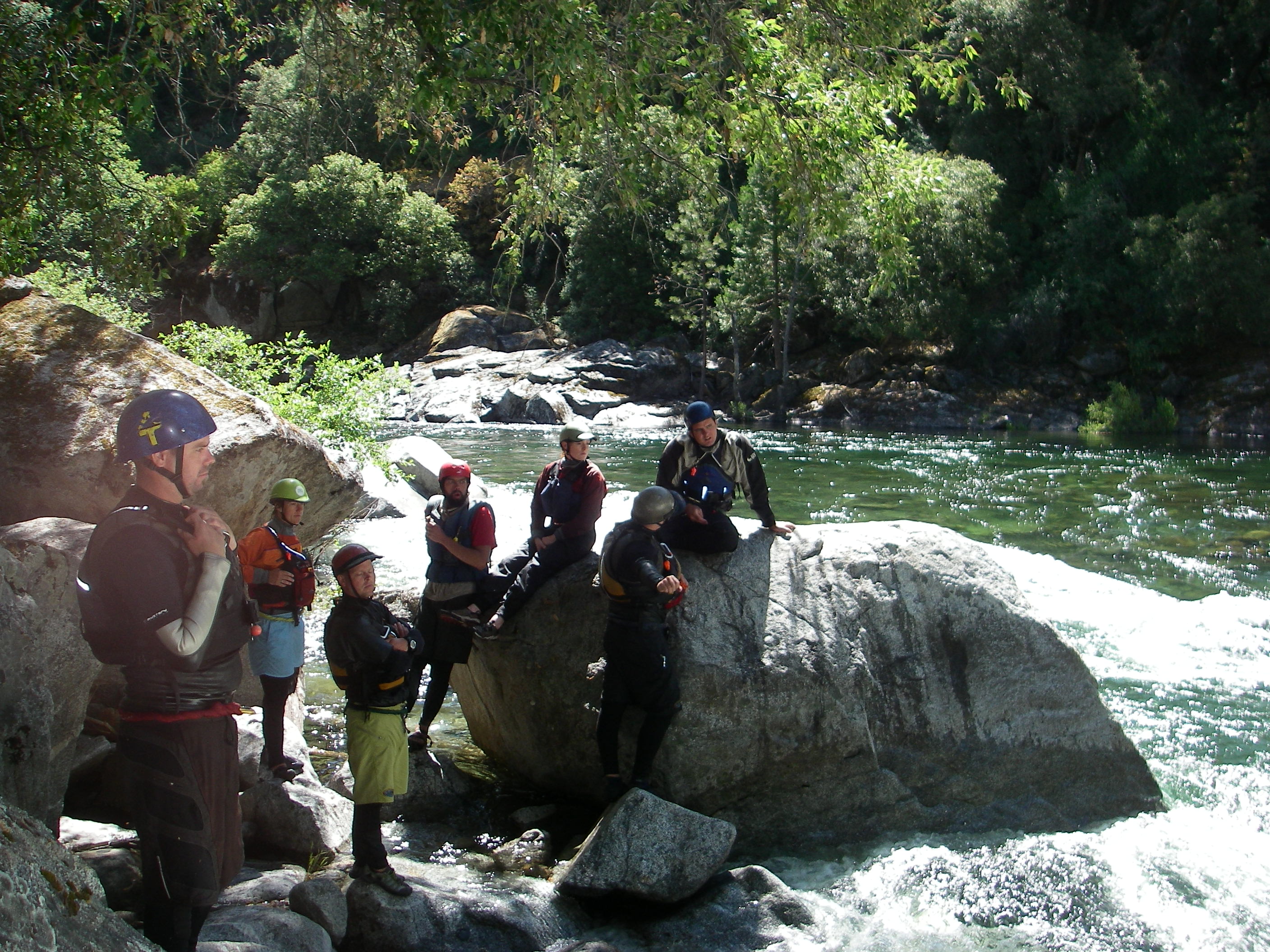 For a while there in the beginning of June, flows into the Tuolumne out of Cherry Creek were hovering somewhere around 2000 cfs. This may not mean anything to most of you, but 2000 cfs used to be the magic number for us on Class V+ Cherry Creek. It is what we previously had designated as our “cut-off point” for commercial trips up there, meaning that we would only go if flows were lower. The thing about the rafting world, though, (and almost all adventure sports), is that “cut-off points” are subject to change. 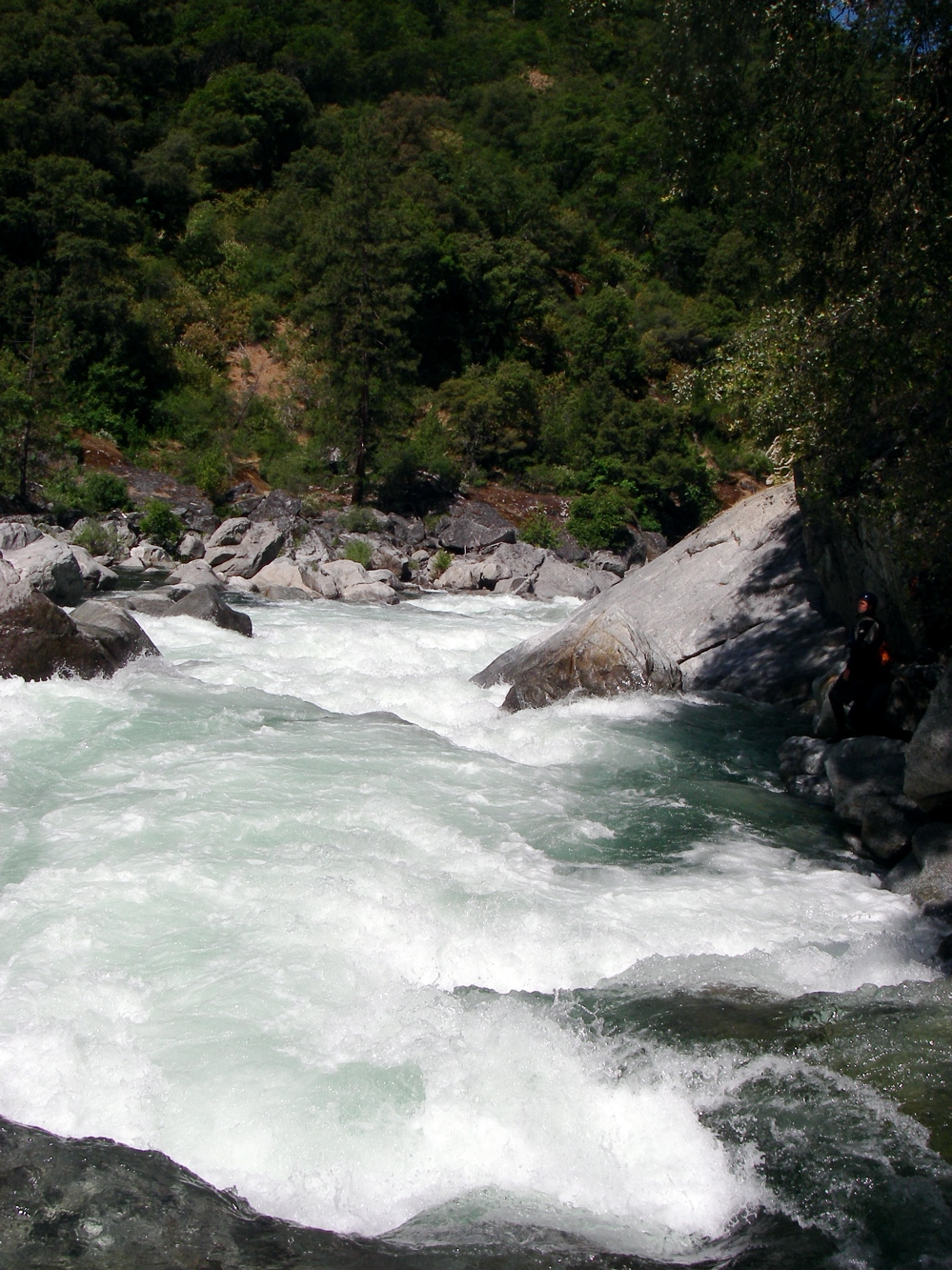 We are always exploring our options, trying new things and experimenting with different ways to run a river. So instead of accepting our fate the last time a commercial trip was canceled because of higher water, a few of us guides went back the next day to try it out at higher flows; to see if maybe we could run it after all. To say it was the first time any of us had ever been there at those flows would be lying, though, because Adam and a few others went up for a high water scout trip last year. But most of us were seeing a “new” river that day, and our Cherry Creek guides wanted to be able to reach a group consensus on whether or not trips at those flows would be manageable. Turns out, they are! I won’t lie… there were definitely some times when we were scouting a rapid (when you hike downstream to look at the rapid before running it), that I felt those butterflies wake up in my tummy. But that happens on Cherry Creek anyway. And this is not to say that we didn’t think it was big out there. But the point was that it’s do-able, and fun. It was neat to see some of the rapids so changed, too. The biggest change was in Mushroom, where a new entrance opened up on the right side with some intense maneuvering through a few bigger holes before you even got to the real meat of the rapid. The Screw and Unknown Soldier became a bit more challenging as well, both requiring a highside in our boat that day. But everyone stayed in and we had a great time. We spent so much time scouting, though, that by the time we got down to Louis’s Leap the flows had ramped back down to normal. So unfortunately we missed seeing that one at 2ooo. Oh well… now we know there can be a next time! We’ll definitely be back for some more training when the water up higher again next Spring. The following series of pictures is of Adam’s run in Mushroom: 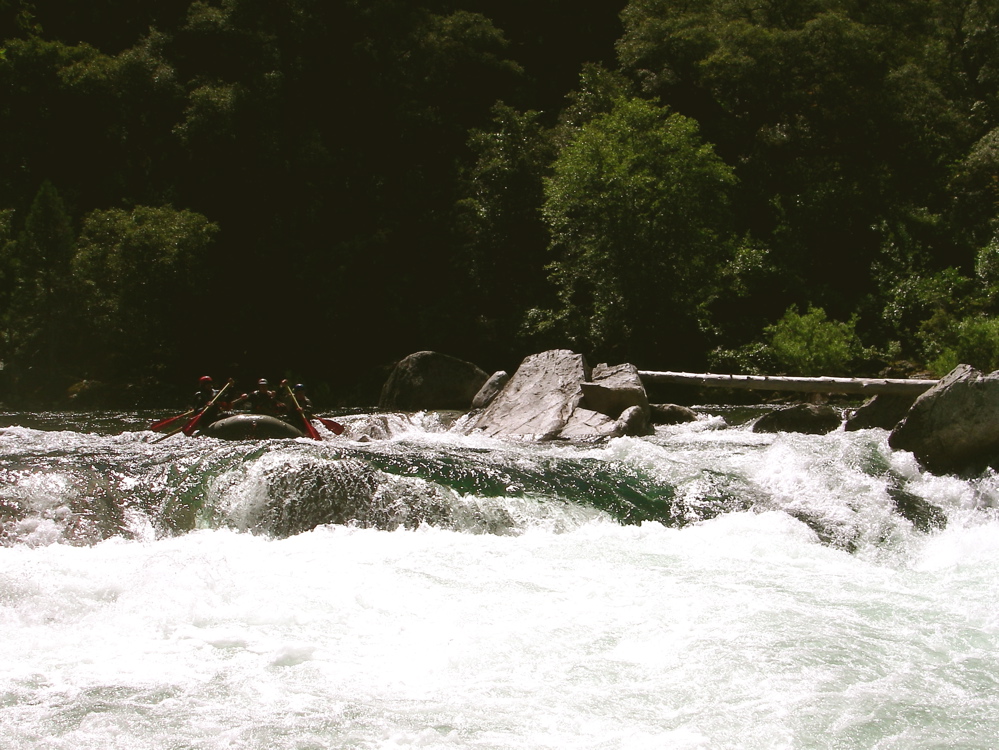 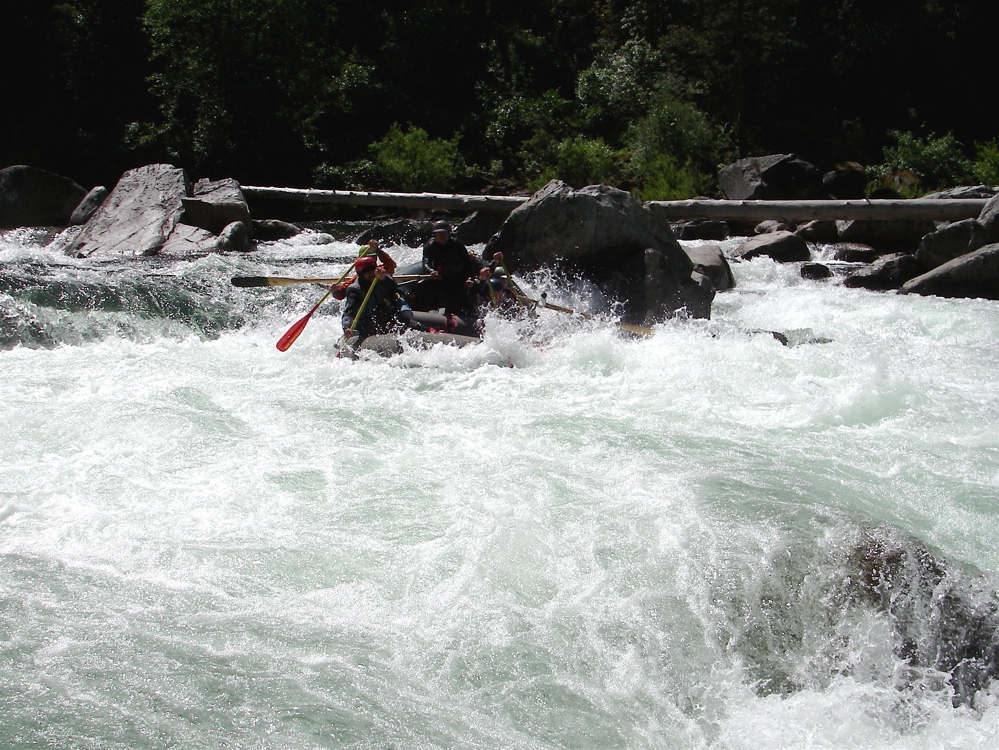 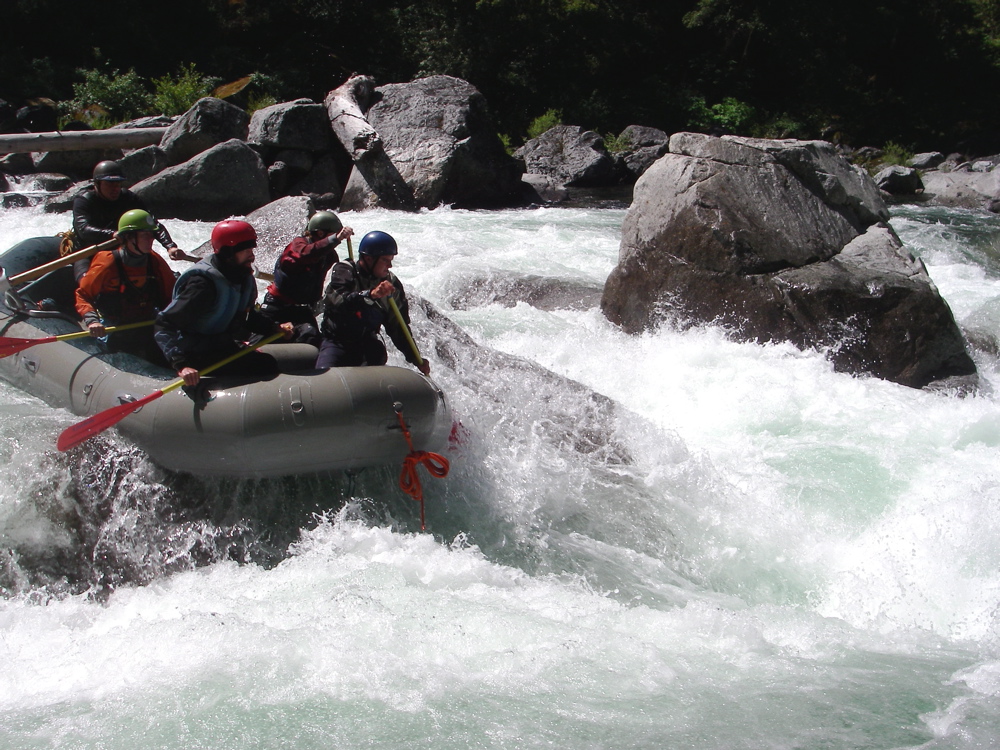 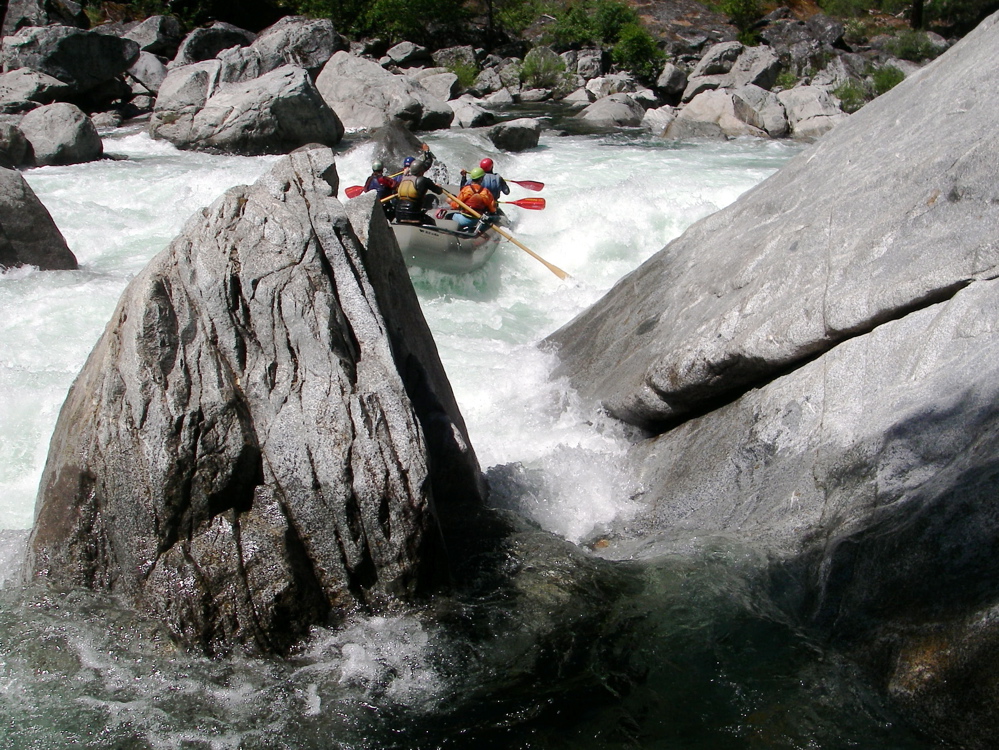