Now that we’ve had a little more time to crunch the numbers I have an update for you about how the recent storms are affecting California rivers.

As you know already, we had wild water on a number of rivers over the 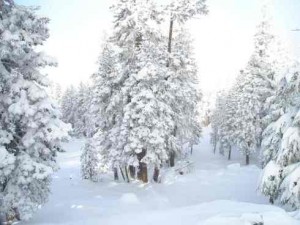 May 2nd weekend.  What we’ve learned now is that the storms added significantly to the water content in the Sierra.  At high elevations we got more inches added to the snowpack.  Lower in the mountains, where it rained, the rain was cold enough that it didn’t melt the snow–instead the snow was able to absorb and hold the water, meaning when the weather does warm up, there will more more to fill reservoirs and raft on.

Temperatures were a little warmer in the North Fork of the Stanislaus watershed so we’ll have to keep an eye on that situation.  For now, we still believe we’ll be out there until late May.

The Merced River and the Kaweah both benefited a great deal from the recent weather, so we’ve extended their seasons by a few days.