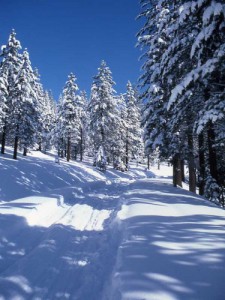 As you know, we’ve had some crazy weather this fall and early winter. We’re off to a good start, but keep in mind that despite all this early precipitation, it is still too early to tell with certainty what the 2011 rafting season will be like. If we had a dry weather pattern develop between now and April, we would be looking at a lower water year. That is the cautious perspective, but there are very very encouraging signs at this point in the season.
Here are a few highlights from the perspective reflected by the numbers:
1. At this time we are even with, or above the biggest water year recorded in California (1983).
2. We have at least twice as much water content in the Sierra compared to 2010 at this time.
3. Overall average for the state is 79% of the total water we usually get by April 1.
* No Cal = 66%
* Cen Cal = 76%
* So Cal = 96%!
4. Statewide percent of normal water content for January 18 is 159%.
* No Cal = 129%
* Cen Cal = 150%
* So Cal = 207%!
Our river flow pages are updated to reflect the most recent information we have–check them frequently to stay on top of the latest conditions.
Let’s be thankful for what has arrived so far, and hope that there is more water on its way!