A New Generation of Cherry Creek Guides Stepping It Up 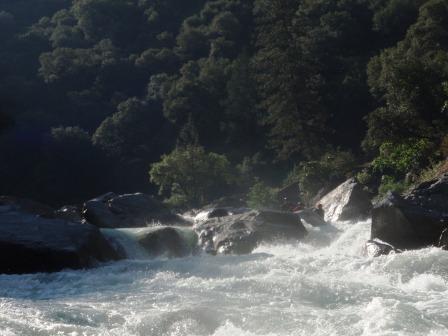 Cherry Creek… fourteen Class V rapids, 200 feet of elevation lost in one mile… one of the most intimidating and exhilerating rivers to raft on. And that’s if you’re paddling. The thought of having to make all the decisions of where to go and how to get there in those fourteen Class Vs and during that crazy “Miracle Mile”, is to me a bit daunting. I’ve been paddling on trips there for the past three summers, and the river has just started to “slow down” for me. (Slow down being a term that guides use to describe the phenomenon when a rapid ceases to be a panicked blur and finally becomes a somewhat comprehendable, step-by-step process.) 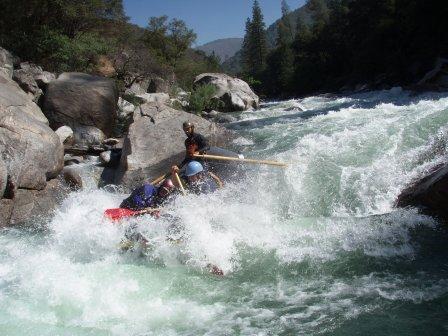 Butterflies hardly seem like the right visual for the feeling that a guide might get in his/her stomach the morning of their very first day in charge of a boat on Cherry Creek. I imagine that the inside of their bellies probably feel a little bit more like a jug of angry, buzzing hornets. Either way the point is made: one would be nervous as heck.

Until this year, however, that day seemed like a long way off for most of us sort-of middle generation guides here at AO. But then it started to happen… people I’ve guided with for several years, moved on and up to Class IV rivers with, shared nervous 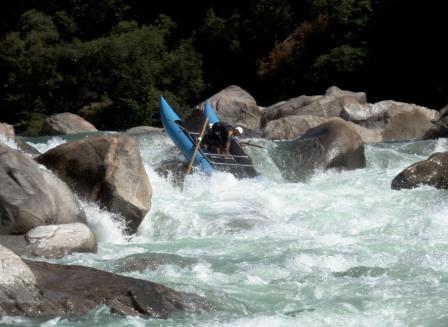 mornings at put-in with talking about how high the Kaweah was running that day… those friends started to step it up. It began with a few remarks by veteran guides, telling these friends that they were ready, that they should “take a boat this year.” (A statement well-understood without anybody having to even mention the words “Cherry Creek.”) And pretty soon those musings and encouragement turned into reality.

Brad was the first. I got to be there for his virgin run this year, and it was my absolute favorite day of the season. Tessa and I were paddling for Danny in the boat right in front of Brad’s, so we got to watch all his runs from the bottom of each rapid. And I knew how absolutely terrifying it must have been for him at the top of Mushroom and Toadstool (two of the biggest rapids on the river), knew what kind of 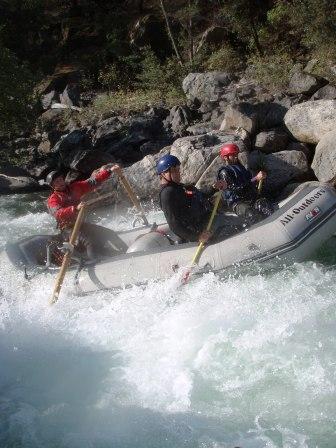 nerve it would take to focus through the angst and pull it off. And he did. He pulled it off beautifully. Absolutely nailed every single one of the big rapids that day. I couldn’t help myself… I was whooping and hollering up a storm every time. (Even came close to tears a few times, but it’s a little embarrassing to admit that.) 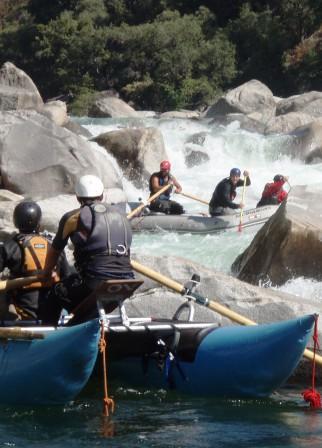 took turns in a boat the next trip. I’m in complete admiration of all of these guys’ guts and skill, and just wanted to write this post saying congratulations. Any of them would shrug it off as no big deal I’m sure, but don’t let them fool you. Cherry Creek deserves a great bit of respect and takes a very competent guide, capable of ignoring those angry hornets in his stomach while floating towards the horizon line of an incredibly huge rapid. Great job guys- you’re all amazing!