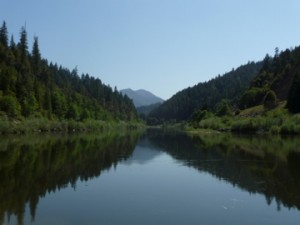 Pacific Corp, the utility that owns the 4 controversial dams on the Klamath River in Northern California, agreed to decommission the dams by 2020. There was an article on Thursday in the Los Angeles Times that highlights the details of the agreement. Although things are moving in the right direction to remove the dams, the agreement still needs to be approved by the US government and there are some loopholes that Friends of the River is concerned about. 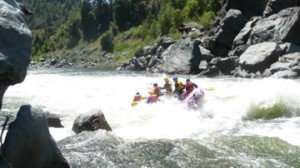 Big Ike on the Lower K

The negotiations have been going on for a while now and 29 agencies and organizations have been involved. A few benefits of removing the dams are improving the (drastically decreased) salmon run and the water quality. If it all goes through, this will be the largest dam removal in the United States.