Lessons Learned on a Crazy Spring Rafting Trip in 1970

It was a sunny spring day in California. The Armstrong brothers and a few of our friends left Walnut Creek in the morning and drove to the Main Stanislaus River outside the small Goldrush town of Angels Camp. We were doing what our family always did every year since 1962…Heading up to have fun whitewater rafting! It was still a relatively new sport so we rarely saw anyone on the river. We felt fortunate and privileged.

There were 5 of us, plus our little dog Buttons, and we all fit into a single military surplus raft, one of the only types of rafts available at the time. We started the trip below the Camp 9 PG&E powerhouse which was built in 1908 to supply electricity to power the cable cars up and down the hills of San Francisco. 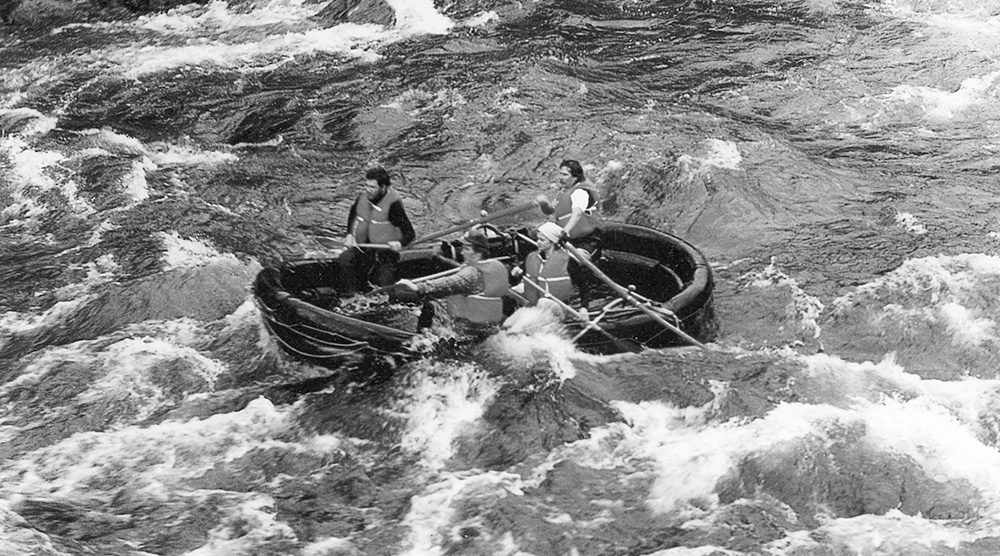 Military surplus rafts or “basket boats” were used in the 60’s and 70’s.

The river was flowing colder, higher, and faster than normal as California rivers tend to do in early spring due to snowmelt from the high Sierra, which made us all a little anxious. My older brother Mark was the best oarsman on the trip, so we assumed he would guide the raft for the entire 9-mile run. Besides, his college girlfriend Chris (eventually his wife) was on the trip and we figured he wanted to show her his stuff.

After we successfully navigated through several rapids, Mark asked me if I wanted to give the oars a try. I was only 15 at the time so I felt a little nervous but accepted the offer. We were happy-go-lucky for the first mile when he was rowing, but not so happy and not so lucky when I was rowing. When we dropped into the big hole at Staircase Rapid, the entire raft peeled over backwards and before we knew it, we were upside down and engulfed by the chilling Sierra spring snowmelt. Wetsuits were not a thing then so none of us were wearing one, although now we wish we were. 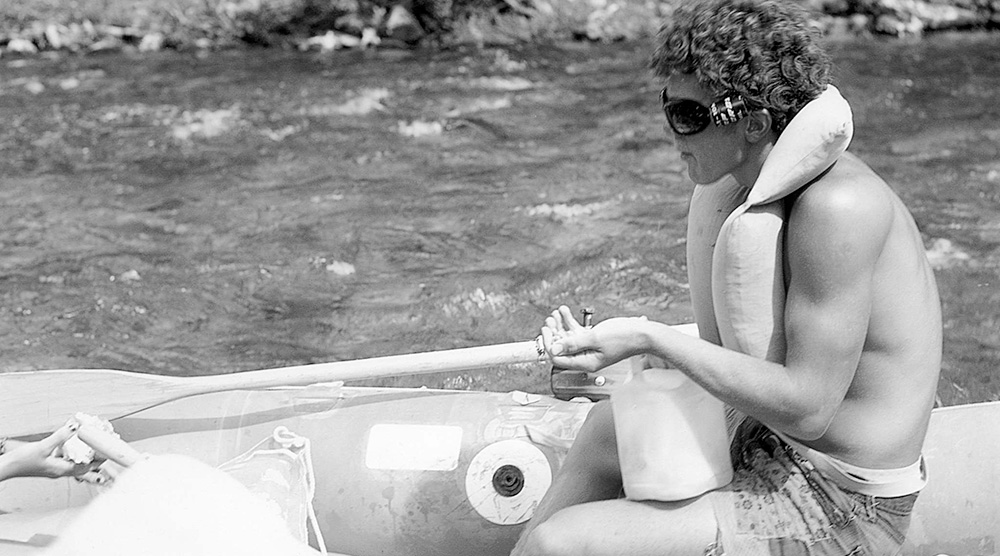 Gregg Armstrong taking a snack break from rowing on a family trip in 1969.

It was chaotic. Bodies were going in every direction. Oars were cartwheeling in the water around us. Equipment from inside the raft was floating in the river near us. We were all disoriented. Mark, Chris, and Buttons were in the back of the boat when it flipped end over end which now put them in the front of the raft downstream from the rest of us and the raft. It took less than a minute before the three of them drifted out of sight in the swift cold water and around the bend with the upside down raft following close behind. The rest of us made our way toward the bank and eventually found our own spot along the shoreline to get out of the river. It felt good to have our feet on the dry ground. When the four of us found each other several minutes later, we felt stranded and out of place…no Mark, no Chris, no Buttons, no raft.

We started downstream in search of the missing members of our group. After about 10 minutes, we spotted Chris walking towards us. The sight was part relief and part terror…Where was Mark?

Chris told us that after being in the water for what felt like a long time, Mark gave her a push that enabled her to get to shore and pull herself to safety. She said he then turned and reentered the center of the current and started to swim after Buttons who had no life jacket and was struggling to stay afloat and get air.

We all continued downstream together in hopes of finding Mark. Suddenly, we saw Buttons running up towards us! Again, the same emotions came over us…part relief part terror…Where was Mark?

After a good half hour of hiking along the shoreline, every step made us more concerned as we saw no signs of Mark, only an extremely cold, powerful (and now perceived as menacing) river rushing downstream past us in a hurry to get where it was going.

Then at last, sheer joy erupted! We came around a bend and looked far downstream to finally catch sight of Mark on the shoreline, and he had the raft! When we got to him, we all hugged with tears in our eyes. He explained that after he pushed Chris to shore, and did the same thing later for Buttons, he saw the raft floating past him and made a decision to reenter the current a fourth time and chase after it.

Our brother Mark is the oldest of the five Armstrong children. We can all remember many times when he cared for us in a loving, kind, and protective way. This crazy trip on the Stanislaus River in early spring of 1970 was certainly one of those times. It also added to the long list of lessons learned by the Armstrongs in that first decade when all things rafting were new. 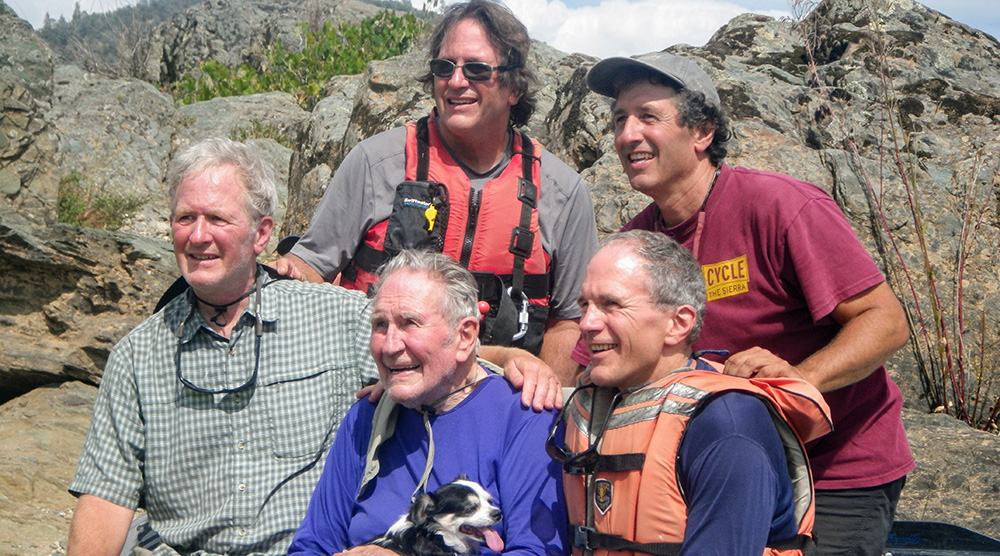 Founder George Armstrong in the center with his sons (l to r): Mark, Randy, Scott, Gregg.

Important Lessons We Learned on This Early Trip: