Looking out over the whitewater in Mr. Toad’s Wild Ride Rapid for the first time was….well, wild. The whole day had been surprising thus far, really. Having driven Highway 120 to Yosemite countless times, I’d never before realized such an awesome volcanic canyon was so close – to the Bay Area and to 120 – hidden in the lowest foothills just past the flat Central Valley. Let me fill you in on what it’s like to raft Goodwin Canyon… 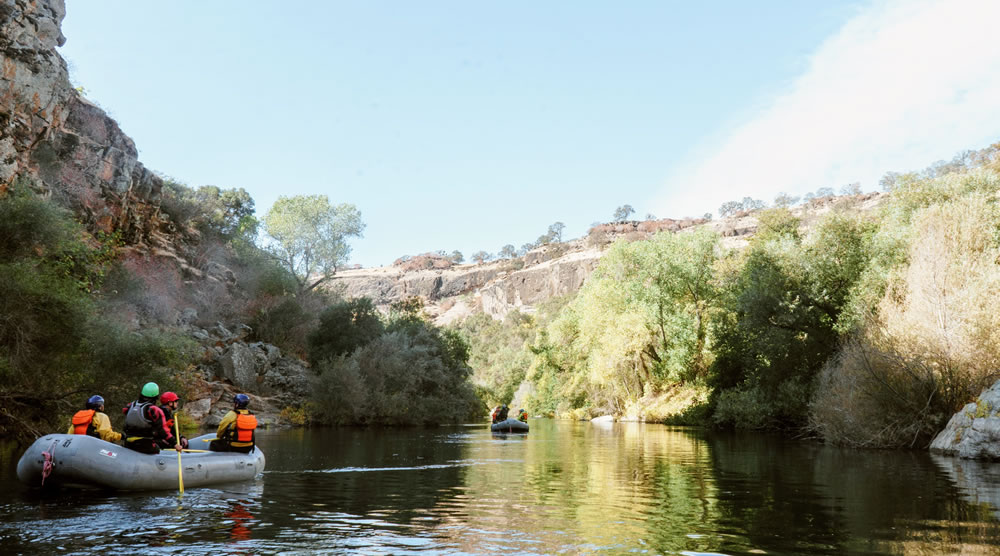 Surprise No 1: The River Itself

So the first surprise of the day was the river itself. Soon after put-in, we were rafting through trees. What’s up with this? The higher water flows that allow us to raft each fall are released from the upstream dam for only a short period of time. This leaves the majority of the year for vegetation to grow freely along the normal, lower river banks. It’s one thing to encounter an occasional tree along the shoreline while rafting in California, but it is quite different to be ducking branches during a Jungle Cruise! 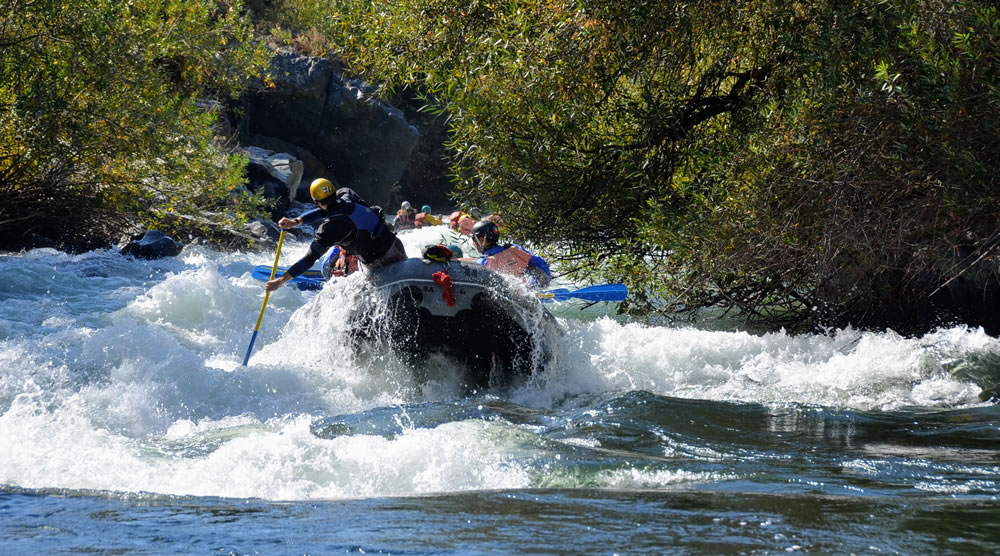 And then you get to Mr. Toad’s Wild Ride. The roar precedes the rapid and builds anticipation as you pull over to scout the chaos from above. A rafter will look at any flowing water and mentally map their way downstream, but looking at Mr. Toad’s had me scratching my head. We drop in where? Then aim for what? And end up where?! While most of the whitewater we run in California is done with precision and a good amount of predictability, Mr. Toad’s is a reminder that we can have a plan, but can’t always control everything. It’s important to bring an adventurous spirit and your back-paddle A-game, because it’s a wild ride, indeed! 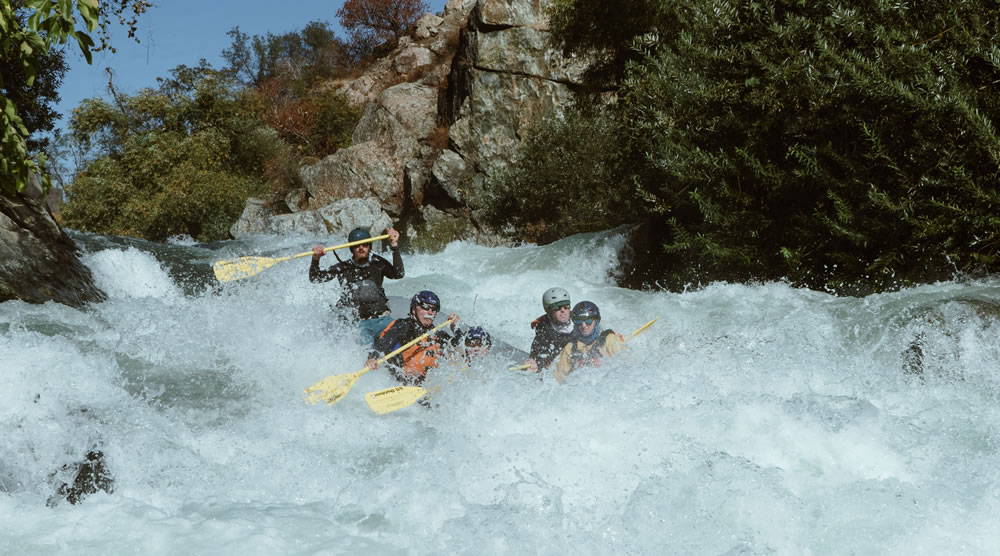 The surprises keep coming through the fascinating canyon, peaking at Haunted House. It’s short, it’s sweet, it’s steep, and the river basically TWISTS BACK ON ITSELF. It looks different at each water level, but will always end with an interesting story. Seeing it for the first time makes you wonder how the boat will get through it, and, spoiler alert, it’s not always right-side-up!

If You Feel It, Do Not Miss It

Aside from the geologic canyon features and the mind-bending rapids, the Goodwin Canyon trips are extra special because they are the wrap-up event to the California rafting season. All of the AO guides and guests turn out for one last hurrah in the cozy fall weather before finally giving our river shoes a few months to properly air out.

You can spend your life seeking out the best whitewater throughout California, and still be surprised by this river. If you want to see what makes Goodwin Canyon one of the most unique rafting experiences in the Golden State, join us and feel the buzz for yourself. And since these trips often land on Halloween weekend, extra points if you show up in costume…