Hiking Along the North Fork American 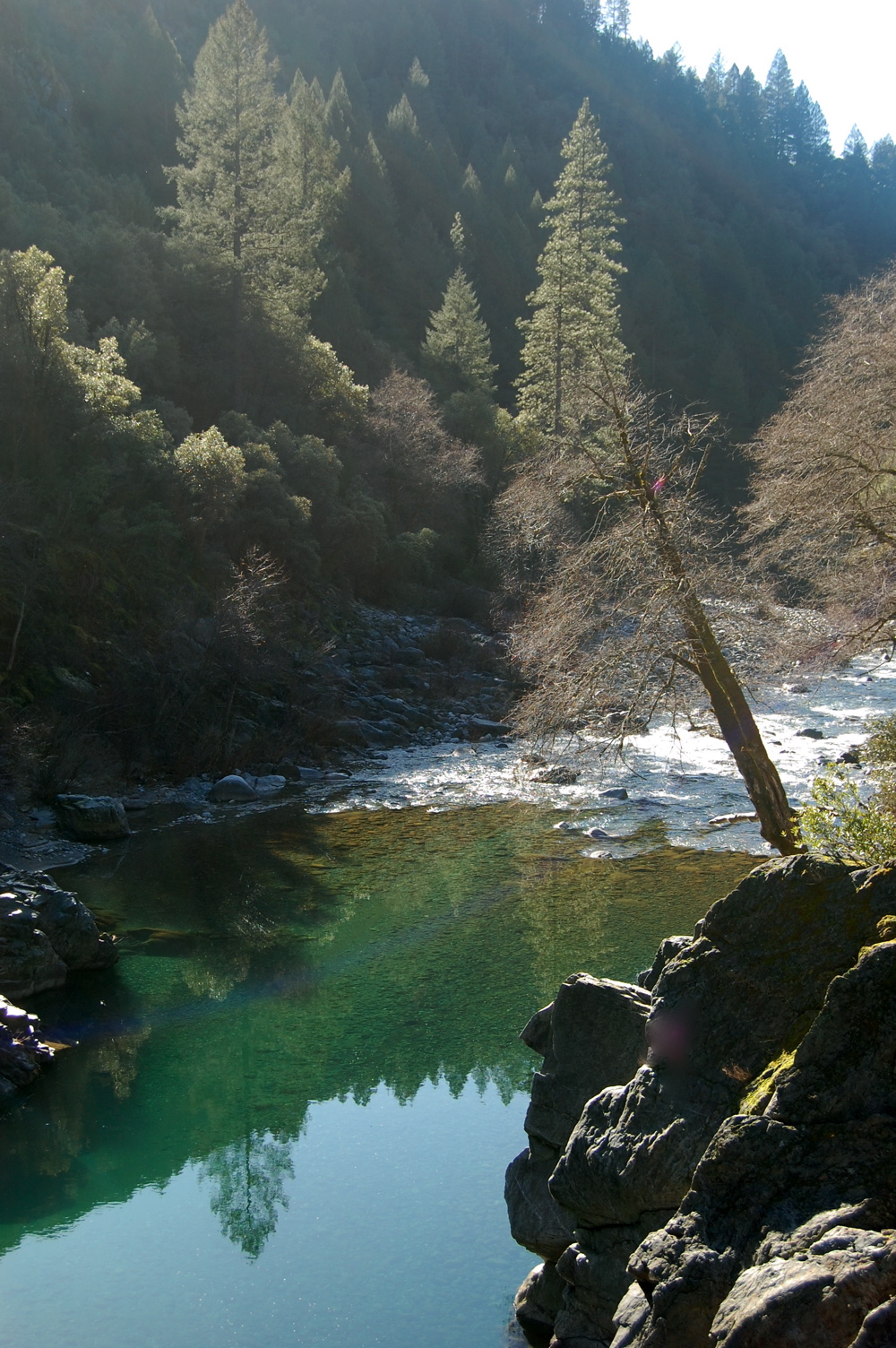 Despite freezing cold temperatures, muddy roads, and the more important fact that there are only about 100 cubic feet per second of water flowing downstream, I am still inextricably drawn to the river! What with the holiday season, and the weeks of trying to get myself organized again after the holidays, it had been a few months since the last time I ventured into a river canyon, or done anything active at all for that matter. So, dragging my innocent parents and visiting aunt along, I took a little walk last weekend down to the North Fork American River, on a trail that I would easily recommend to anyone else needing a new place to explore… 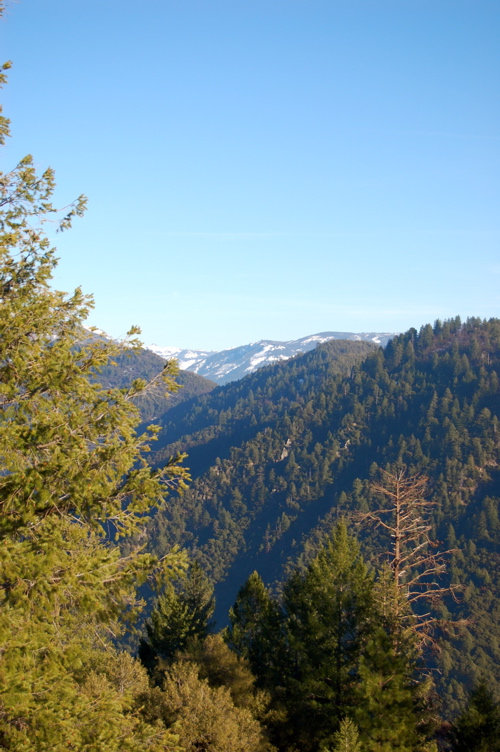 The trail is called the Euchre Bar Trail, and winds down to the put-in for what is known in the boating world as the Giant Gap Run. This stretch of river lies above the more commonly visited “Chamberlain’s Run”, where All Outdoors offers trips in the spring months. Giant Gap is not usually rafted commercially, partly because of its Class V difficulty rating, but mostly because of the fact that you cannot drive there. Instead, you park your car at an incredibly scenic turnout a few miles off Highway 80, and then, with boats and gear hoisted onto your shoulders, you hike 2 miles down to the river. 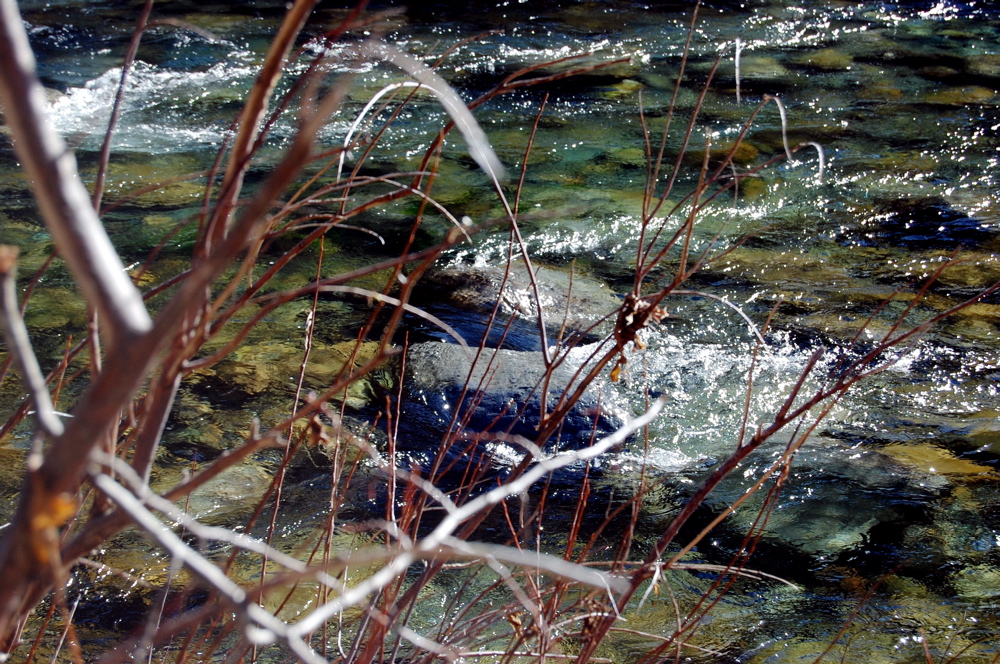 As much as I would like to sound really cool and brag that “yeah, it’s no big deal and the river is totally worth the hard hike,” I’ve never actually rafted Giant Gap. But rumors of the canyon’s beauty in those upper reaches have definitely trickled to my ears over the years, and it has intrigued me for a long time. I thought the hike would be a good way both to know what I would be getting myself into if I did go run it sometime, and also just to see if the canyon’s appearance lives up to its reputation. 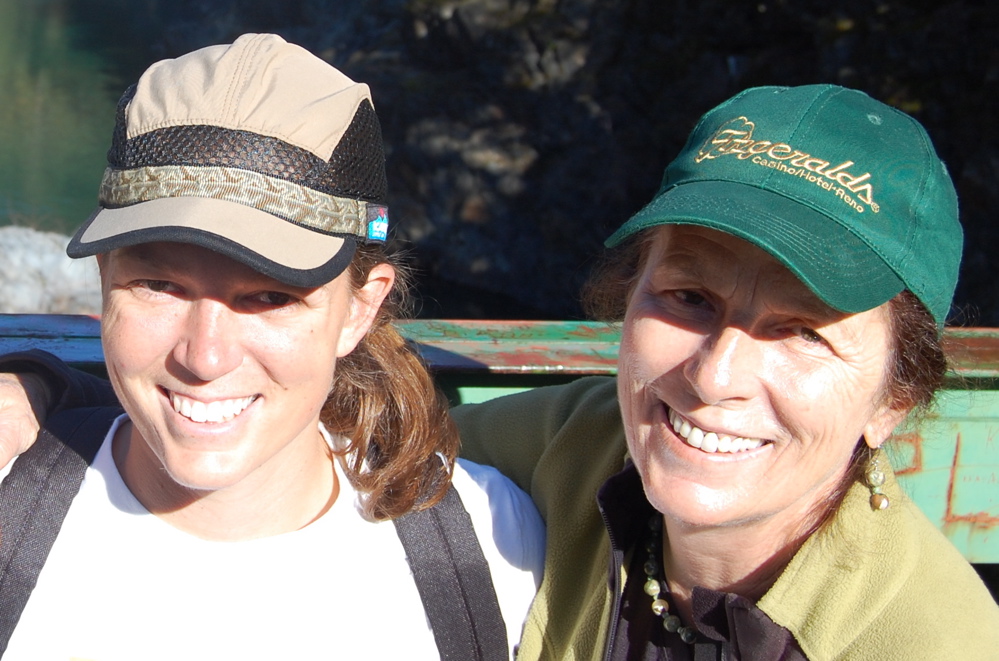 I think my mom’s reaction upon reaching the water sums the place up pretty well: “Robyn, thank you thank you thank you for taking us here!! It is incredible!!” (Imagine this said with a German accent while she’s jumping up and down and giving me a big hug). At that point, we were standing on the old suspension bridge above the North Fork American River, looking down at smooth rocks beneath some of the clearest blue-green water I’ve ever seen. My intrigue has thus now turned into dedication: I will have to return with a boat at some point! The canyon more than lived up to its reputation in beauty, and the hike didn’t seem so bad going down. (Going back up took a little bit longer). 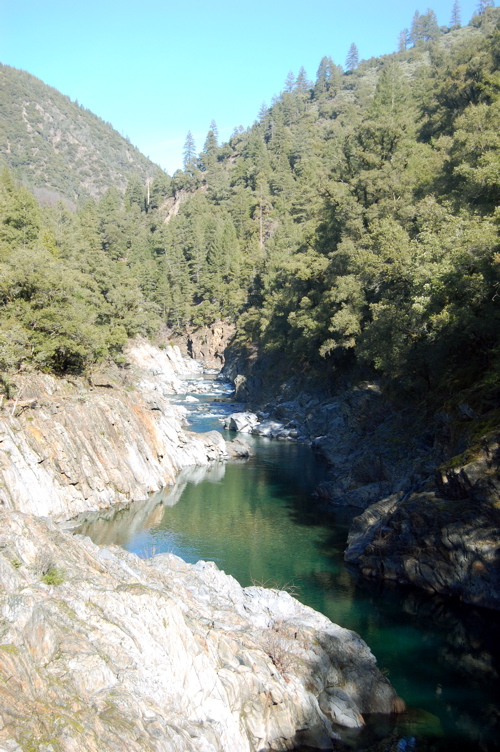 The pictures dispersed throughout this entry don’t quite do the place justice, because, alas, I am not the professional photographer I wish I was. But they give you a sneak peak anyway. I would recommend the hike to anyone in the area looking for a new place to check out. And it gives us river addicts a chance to re-connect a little bit, even if just from shore. To get there, take Highway 80 east to the Alta exit. Turn right off the exit, and then make an immediate left onto Casa Loma Lane. From there, just follow the signs to the Euchre Bar trailhead. (It won’t be until after the second railroad crossing). Enjoy!