When it comes to whitewater rafting in California, this river stands out in the minds of rafting enthusiasts as the hub of it all. No other river in the state satisfies more people trip after trip, year after year, decade after decade. It has become the icon of California rafting, and the most popular whitewater destination west of the Mississippi River.

How could this one river hold such a prominent spot on the list of so many whitewater rafting rivers in California and the Western United States? The simple answer is…it has something for everyone. The more complicated answer is…it has three forks.

My wife and I are parents of triplets born 34 years ago (the definition of complicated!). We can both tell you that even though our three kids grew up in the same environments and did the same things at the same time with the same people, each of them are very different from one another. The same is true of the three forks of the American River.

The South Fork of the American River

Anyone as young as 5 years old can feel and experience the thrill of whitewater on the South Fork of the American River, even if they have never been rafting before. Families with smaller kids can enjoy the gentle Tom Sawyer Float Trip on the easy section of the river. The regular Class III sections of the South Fork of the American River have plenty of Beginner-Intermediate whitewater which is thrilling, but not overwhelming. Read this blog post to learn more about the different ways to raft the South Fork. 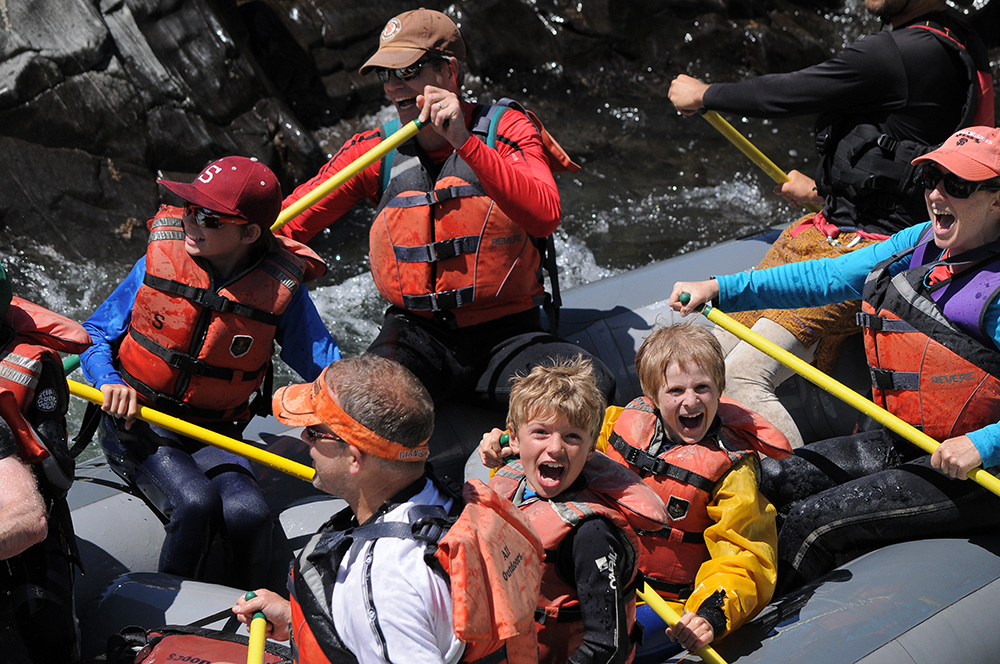 The Middle Fork of the American River 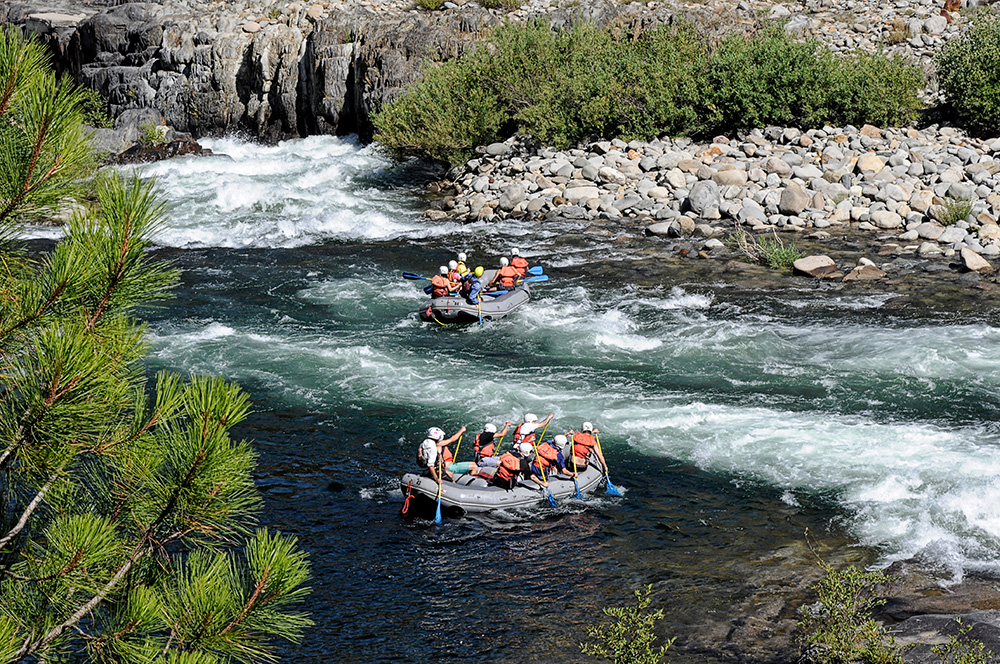 The North Fork of the American River

Yes, this member of the trio is very different, even though it does not take a crow long to fly between all three. While the South and Middle Forks can work well for first-timers, the North Fork of the American River is for more advanced rafters ready for Intermediate-Advanced whitewater. Big drops over and around giant boulders, tight maneuvers, and blind turns through a beautiful steep canyon make this a very thrilling ride. Unlike the South and Middle Forks that run in the spring, summer and fall, this baby only flows in the springtime when the snows from winter are melting. Try not to miss it next spring! 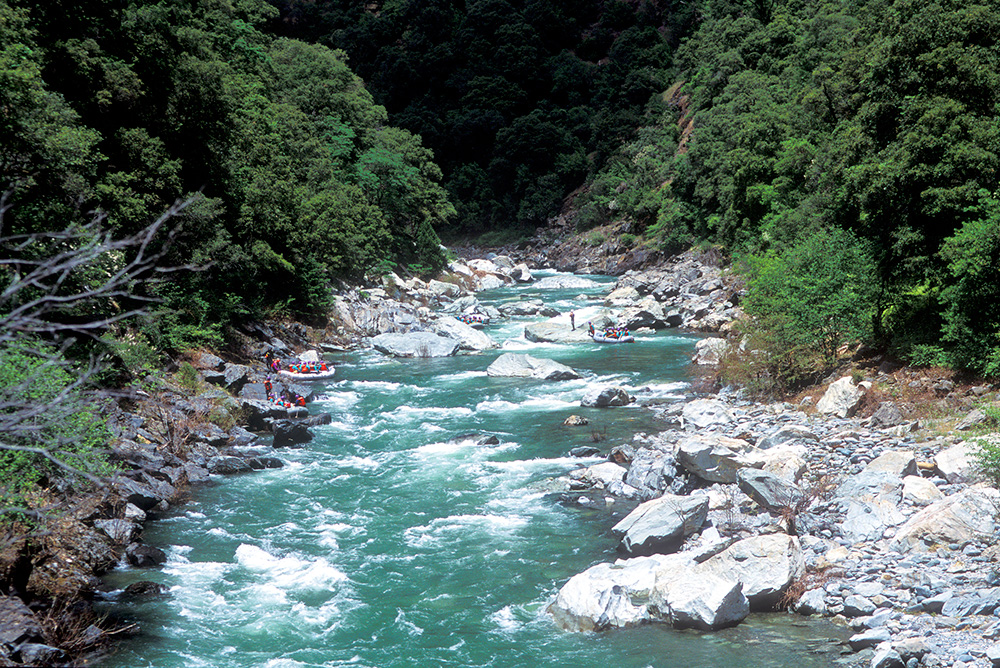