The sport of modern day rafting began as a by-product of World War II. The cities of Richmond and Vallejo, California were hubs for ship building during the war. After the war was over, many of the ships came back to the San Francisco Bay Area where some were refurbished and others were set aside. Unwanted cargo was removed from the ships and sold in local Army Navy Surplus stores throughout the greater Bay Area and beyond. One of the pieces of the discarded cargo were large rubber rafts which had never been available to the general public before this time.

The place where a new sport set sail

George Armstrong, the founder of All-Outdoors, and a few other adventurous souls purchased some of these rafts and began using them to float down on the Main Stanislaus River outside of Sonora and Angels Camp in the foothills of the Sierra Nevada. It was the perfect combo…durable boats paired with an incredible, remote, and nearly inaccessible river canyon, now explorable from the water. It was not long before rubber rafts and this iconic river became the hub for the fastest growing recreational sport in the world…whitewater rafting. 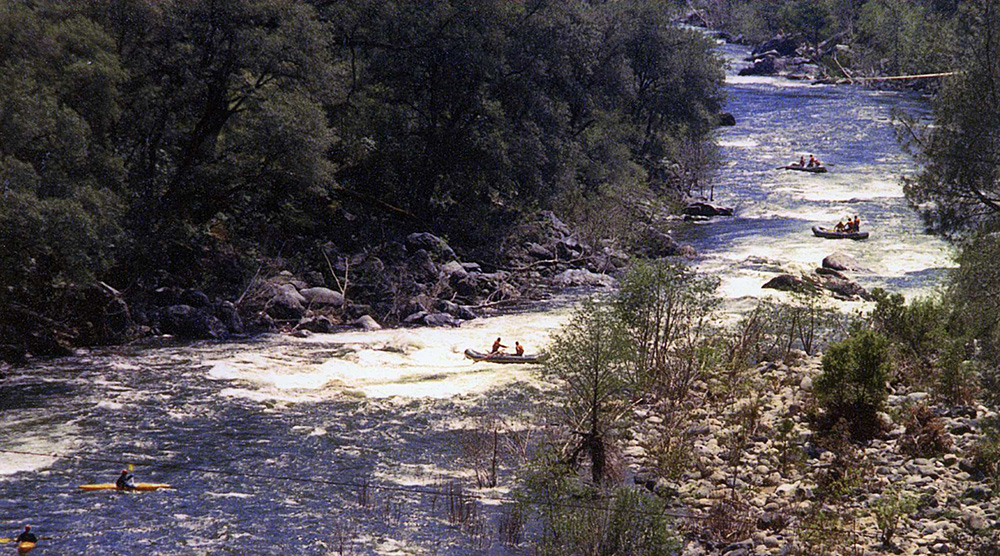 All-Outdoors trip on the Stanislaus River in late 1970’s

One of a kind river and canyon

The Main Stanislaus River was one of a kind. It flowed through the only major limestone canyon in the country. Its natural attributes could not be matched by any other river on the continent. It was a national gem that stood out from all other rivers and canyons.

Its rich history dates back to the American Indians, whose grinding stones were common along the shoreline. Early Spanish explorers hid guns and other valuables in caves inside the deep canyon. Old relics from the Gold Rush in the 1850’s were easily visible from the river.

It was an amazing place with wonderful Class III rapids, high limestone cliffs, rich riparian habitat and wildlife, and wonderful tributaries that held some of the best swimming holes in the Sierra foothills. Deep limestone caves with stalactites and stalagmites were waiting to be explored and enjoyed by those willing to bring a flashlight with them on their river adventure. 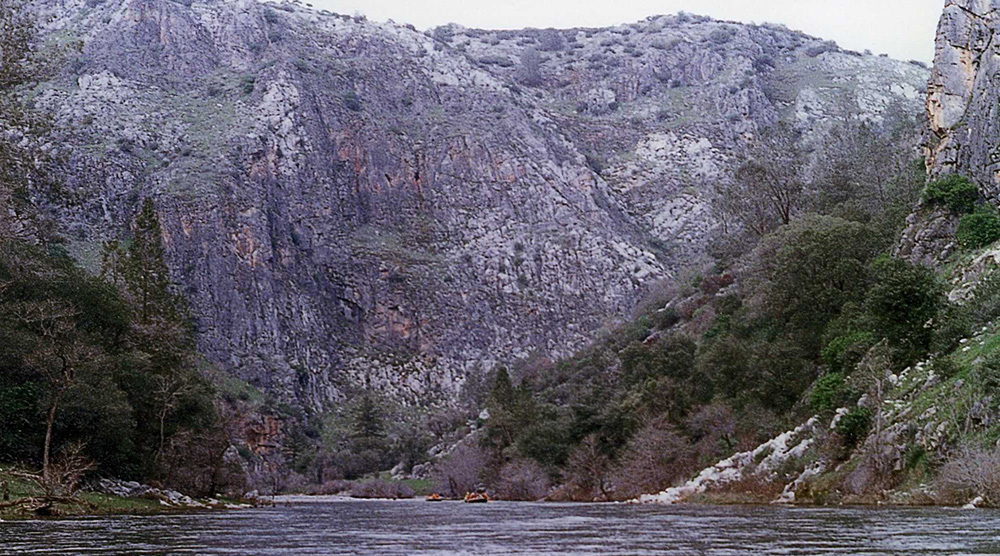 Our last trip on the Stanislaus River in 1982 as lake waters began to rise.

The birth of river conservation

Unfortunately, after a very controversial decade-long battle between conservationists and dam builders, the life of this river finally came to an end in the early 1980’s when the flood waters of the newly constructed New Melones Dam inundated the Stanislaus River and replaced it with the New Melones Reservoir. The loss of this pristine and special place became a turning point for conservation efforts and environmental awareness nationwide and ended the era of large dam construction in the US.

Out of the struggle to save the Stanislaus River came many other environmental conservation efforts striving to ensure that the Stan was the last lost river. Individual supporters banded together and formed organizations, such as Friends of the River. The voice for rivers was getting louder than ever before. Legislative changes were passed to put ecology and preservation of natural resources more on par with the ever increasing need for water diversion and storage capacity. Rivers are the lifeline of the California ecosystem and are constantly at the center of conflicting agendas. While dams are essential for many purposes (including rafting), the loss of the Stanislaus River helped put a new perspective on the treatment of rivers, so that they are not senselessly used and abused. There is a lot more to a river than the water it carries. 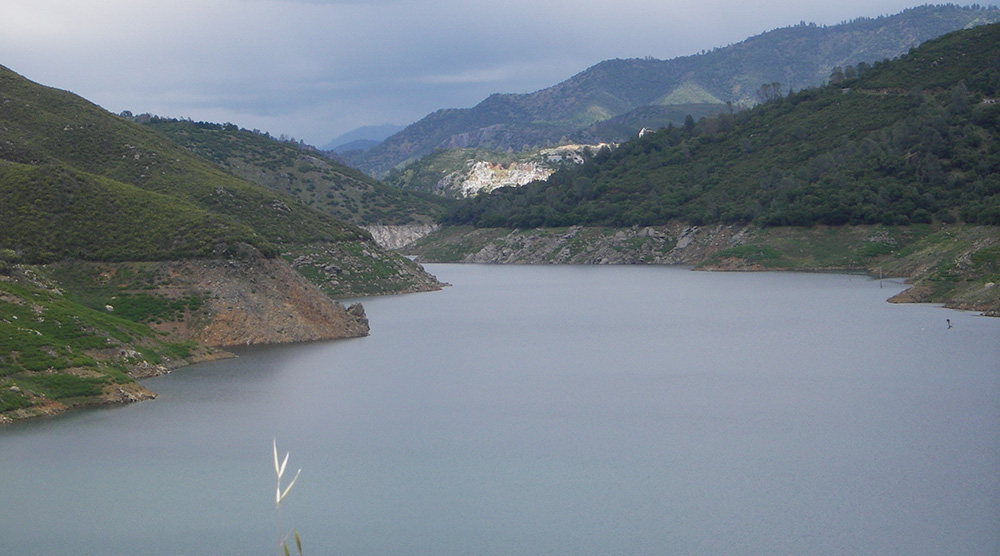 The Armstrong family and All-Outdoors have been involved in the efforts to save the Stanislaus River and supported these important organizations from their beginnings. We continue to do so today, with the help of those who choose AO as their river rafting outfitter. See River Conservation: The AO Philosophy for more information about our involvement in river conservation and to read more about the organizations we support.

For more information on the now flooded Stanislaus River go to:
https://www.stanislausriver.org/